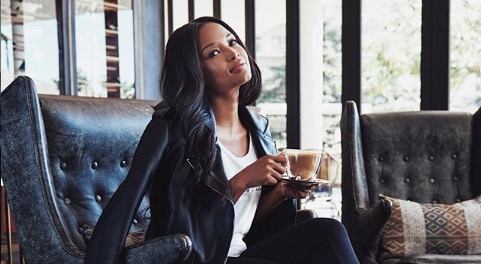 Several famous faces were among the thousands of South Africans who took to social media to express their feels over the lockdown extension announced by President Cyril Ramaphosa on Thursday night.

Even though the lockdown extension was expected and had been trending on Twitter for hours before the president's speech, the masses couldn't help but express sadness when Ramaphosa confirmed South Africa is still a long way from the freedom they desire.

Ramaphosa said government had decided to start ending the lockdown in phases from April 30.

He said several levels of lockdown intensity had been defined by the government. At the moment, South Africa was in a level five lockdown but would move into level four from May 1.

TV presenter Ayanda Thabethe was one of those who hoped cabinet ministers would offer clarity on what living under level four lockdown entailed. However, she was mostly heartbroken about still being unable to see her family.

"Jokes aside, this is so tough. My nephew was born and I haven’t been able to see him. Missing family and friends, and of course the impact on our respective careers, has been the biggest hit. It’s a lot to deal with," she wrote.

While some celebs praised Ramaphosa for his wisdom, celebs such as Sizwe Dhlomo shared their biggest concerns.

"The problem with this now is who determines what’s safe and what isn’t? Let’s say you have kids. Do you allow them back to school? It’s easier when it’s just a blanket lockdown. No one questions that. Employers are going to take advantage as well," Sizwe said.

South Africa's borders will remain closed on May 1 and no travel will be allowed between provinces unless in exceptional circumstances. Public transport will continue to operate under certain limitations.  All gatherings will remain prohibited, apart from funerals and those required for work.

Here are reactions from some celebs.

Jokes aside this is so tough. My nephew was born and I haven’t even been able to see him. Missing family and friends and ofcourse the impact on our respective careers has been the biggest hit. It’s a lot to deal with honestly 🙏🏾😪😩

president: ministers will provide all details tomorrow, and in the next few days.

south africans: what about alcohol? and schools? which industries can open? what about woolworths chicken? i'm so confused! he didn't say anything!!! pic.twitter.com/FXG85v5QrR

Keeping it 💯? I needed that unintended comic relief. We’ve all been so highly strung about so many things & we take everything said tonight very seriously. That moment made me laugh till I had tears streaming down my face. I feel better now. https://t.co/gk5PxhY1Js

I don’t know how I feel after that address. I know the ministers will expand but was hoping for more details from the president himself.

The problem with this now is who determines what’s safe & what isn’t? Let’s say you have kids, do you allow them back to school? It’s easier when it’s just a blanket lockdown. No one questions that. Employers are going to take advantage as well. https://t.co/yYtCgtX06E

I’m glad that we’re all taking the #lockdownextension very well. It’s gonna be a while before we run around again but I wouldn’t choose to be anywhere else but home. There’s no place like South Africa. God bless us all 🇿🇦✊🏾

Smoke and Walk Your Dogs....Just stay sober and don’t touch people otherwise is back to level 6 for u lot...

“Leadership is an action, not a position.” - Donald McGannon

Rami Chuene: 'We can’t end the lockdown too soon'

"We must do it in phases or stages. We gonna have to be patient, trust the process and #StayAtHome"
TshisaLIVE
1 year ago

‘The daily count keeps rising. Yet here we are still looking for ways to beat the lockdown rules'
TshisaLIVE
1 year ago

DJ Black Coffee on finding himself again during the lockdown

“Last year, I was going through a divorce and I had to wake up and go and not deal with me"
TshisaLIVE
1 year ago