Many women, including actor Rosie Motene, commended her for sticking to her truth! 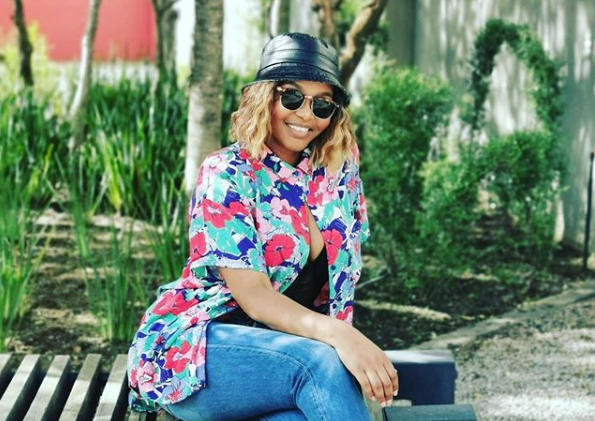 Simphiwe Dana is not afraid to share her "unpopular" opinions of the TL.
Image: Instagram/Simphiwe Dana

Songstress Simphiwe Dana recently landed in hot water with some social media users when she unapologetically declared "SA men" to be "gold diggers". She has since listed the reasons behind her claims.

Simphiwe has never been one to cower under social media pressure when her opinions don't land as she intends, and even after topping the Twitter trends for hours on Monday, the singer stands by her tweet that infuriated many people.

The singer has now explained the reasons behind her "SA men are gold diggers" claim.

"Truth is, you see how South African men oppress and abuse women, and don’t take care of your kids. But somehow you refuse to take responsibility. Because somehow we should have known better than to choose your sorry a***s because your behaviour is not your responsibility," she explained to one tweep.

In another tweet, she gave examples of her personal observations about "SA men".

"Bacele iUber. Ubathengele iairtime. Ubabhatalele irent. They’re driving your car. Using your bank card. And you’re paying all the bills. Shameless. Still have the audacity to go out there and say they’re taking care of you. You gold digger. They’re not paying maintenance."

While it may not have seemed that way on Monday as she trended at number 1 under the hashtag #SimphiweDanaMustFall, the songstress also had a lot of people supporting her views.

Many women, including actress Rosie Motene and radio legend KG Moeketsi, commended her for sticking to her truth.

I’m really ok sisi. Thank you. And I meant every word I said. Repeating 10 year old lies about me won’t change that fact https://t.co/JUw4iyiRlf

The star's team say she doesn't mean to cause any harm with her comments.
TshisaLIVE
1 year ago

Simphiwe Dana: ‘If shops are open and seen as an essential service, street vendors must be regarded as the same’

"I agree that if shops are open and seen as an essential service, street vendors must be regarded as the same."
TshisaLIVE
1 year ago