Simphiwe Dana unfazed by boycott threats: 'I need these man tears for my cocktail' 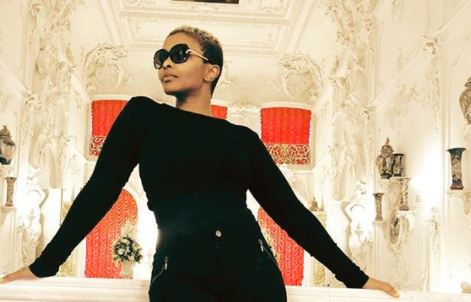 Simphiwe Dana is not about to back down for anyone.
Image: Via Instagram

Simphiwe Dana isn't bothered by threats to have her “cancelled” after her claims that SA men are gold diggers caused a huge storm.

The star nearly broke the internet last week when she took to Twitter to slam men who were “the bottom of the barrel”.

“Truth is that South African men are the biggest gold diggers. They even dig the maintenance money,” she said.

Her comments saw the hashtag #SimphiweDanaMustFall trend and a week later, fans are still threatening to boycott her album if she does not apologise.

Simphiwe returned to social media over the weekend and made it clear that she was not here for such threats, even joking that she would make cocktails from the men's tears.

“Gold diggers: stop calling me a gold digger otherwise I won’t buy your album. Me: I need these man tears for my cocktail. What can I do to get more of them?”

Gold diggers: stop calling me a gold digger otherwise I won’t buy your album 😭. Me: I need these man tears for my cocktail. What can I do to get more of them?

Speaking to TshisaLIVE after her comments went viral last week, Simphiwe's management said that she meant no harm with her remarks.

“Simphiwe is grateful for the support of her fans. She has strong views and opinions which are not aimed at causing harm. She is excited about the release of her album this Friday and would like to thank her fans in advance for the support they have shown her over the years.”

Simphiwe has repeatedly said that she is not worried about a threatened boycott of her album but has asked her followers not to pirate her music.

“Please try not pirate my new album. I know it’s way too easy to. And you’re suffering from your own mgowo. But please try and support artists. We bring you a lot of peace,” she told fans on Twitter.

But she's already had issues with the album being "leaked".
TshisaLIVE
2 years ago

The star's team say she doesn't mean to cause any harm with her comments.
TshisaLIVE
2 years ago