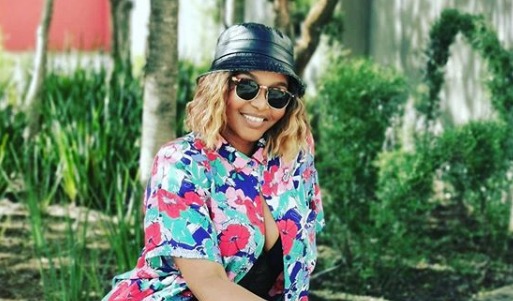 Simphiwe Dana is not for the continued ban on the sale of tobacco products.
Image: Instagram/Simphiwe Dana

More than 270,000 South Africans have signed a petition against the ban on the sale of cigarettes under level 4 of lockdown, and songstress Simphiwe Dana believes the ban will do more harm than good for smokers.

Smokers nationwide are spitting fire over minister of co-operative governance & traditional affairs Nkosazana Dlamini-Zuma's announcement on Wednesday night that the sale of cigarette and tobacco products will not be allowed under level 4 of lockdown, which is set to commence on Friday.

Dlamini-Zuma's announcement comes a week after President Cyril Ramaphosa said the sale of cigarettes would be allowed on May 1.

By Thursday morning, about 273,483 people had signed a petition on change.org  calling on the president to lift the ban.

Though she is not a smoker herself, Simphiwe warned that not having a smoke could  lead to anxiety and illness for smokers.

“I’m not even a smoker but inhibiting long-term smokers from smoking does nothing for their health in the short term, besides just giving them anxiety. Anxiety might trigger other illnesses,” she said on Twitter.

I’m not even a smoker but inhibiting long term smokers from smoking does nothing for their health in the short term, besides just giving them anxiety. Anxiety might trigger other illnesses https://t.co/To2bq2pPoS

The songstress was not the only celebs to speak out on the ban, sports radio personality Mpho Letsholonyane felt sorry for the smokers.

Radio personality Anele, on the other hand, made fun of the government's cigarette sale U-turn, saying, “Cyril straight up said, 'Ask your mother', and y'all know full well what happens then. My President.”

Cyril straight up said "ask your mother" and y'all know full well what happens then. 😂😂😂 My President !!!

And nathi we asked at the wrong time,before bedtime 🤣🙏🏾🙏🏾

Simphiwe Dana unfazed by boycott threats: 'I need these man tears for my cocktail'

Simphiwe isn't fussed by men looking to cancel her over her 'gold digger' claims.
TshisaLIVE
2 years ago

But she's already had issues with the album being "leaked".
TshisaLIVE
2 years ago

Glam to glum for homebound celebs