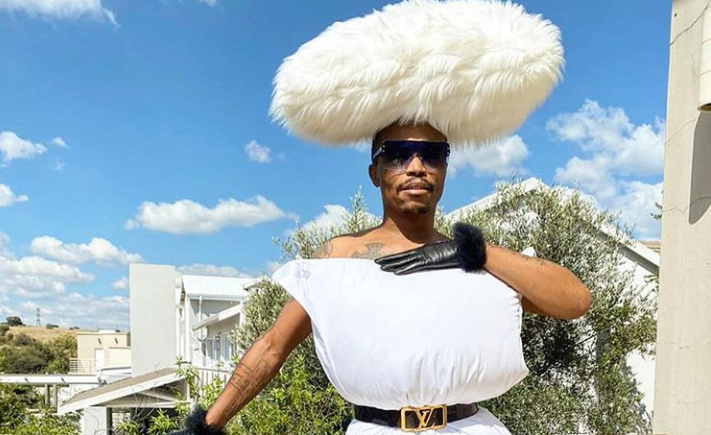 Somizi was once again the toast of the town on Wednesday after his reality show, Living The Dream With Somizi, scooped a South African Film & Television Award (Safta).

The awards were held online due to the Covid-19 outbreak and hosted by seasoned radio and TV personality Dineo Ranaka.

Mzansi Magic's The River was a major winner at the awards, scooping 10 different prizes, including Best Achievement in Directing - Telenovela and Best Telenovela.

The show's Sindi Dlathu won the Best Actress - Telenovela award for her often-flawless performances as Lindiwe on the show, while Mary-Anne Barlow won Best Supporting Actress- Telenovela for her character Gail.

Kgomotso Christopher may have left Scandal! but she still bagged a Best Supporting Actress - TV Soapie award for her role as Yvonne Langa.

Bongile Mantsai walked away with two awards, one for Best Actor - Feature Film and Best Actor- Soap for his roles on Knuckle City and Scandal! respectively.

Loyiso MacDonald won Best Supporting Actor - Telenovela for his role in The Queen.

Best Actress in a TV Drama went to Florence Masebe for her role in the The Republic, while Wiseman Mncube from eHostela won best actor.

Rhythm City won the Best Soap award, while The Republic scooped the Best TV Drama prize. Imbewu walked away with the Most Popular Soapie/Telenovela prize.

Scandal! Kgomotso Christopher recounts some memorable moments from the show

"Although I was only on the soapie for a brief four years, Scandal! very quickly became a home for me"
TshisaLIVE
2 years ago

Rami Chuene believes her character was truly worth a Safta submission.
TshisaLIVE
2 years ago

With no actual red carpet thanks to lockdown, TV presenter Dineo Ranaka hosted a bed carpet from home for the 14th annual South African Film and ...
Lifestyle
2 years ago