Zodwa Wabantu on recent house robbery: Imagine working that hard for you to be back to square one 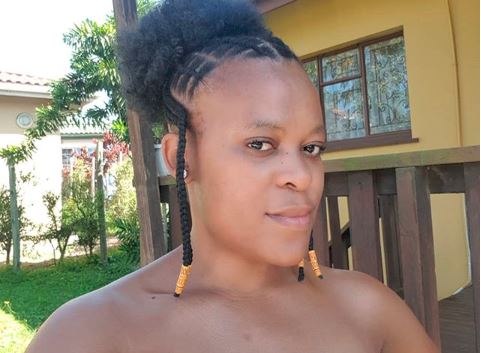 Zodwa Wabantu won't let the opinions of others rain on her parade.
Image: Instagram/Zodwa Wabantu

Zodwa Wabantu is still struggling to deal with the heartbreak of having her home broken into by thieves.

The entertainer told TshisaLIVE that the most heartbreaking thing about being robbed was the fact that life can change so drastically in a few hours and because of selfish people.

“I don't want to dwell on the robbery because, at the end of the day, it's life. Once I actually know for sure just how much I have lost, I will work as hard as I can to bring myself back to where I was.”

Zodwa admitted that crime had a way of leaving one feeling helpless.

“It's just that it's not a great feeling to know that a random group of people decided that I don't deserve all these things that I worked so hard for. Crime is really the most heartbreaking thing. Imagine working that hard for you to be back to square one,” Zodwa said.

When she spoke to TshisaLIVE last Thursday, just after she found out about the house burglary, Zodwa thanked God she and her family weren't home because she said she believed something bad could have happened to them.

“I'm heartbroken that you work so hard only for other people with evil hearts to take everything you've worked for. It really hurts. But I am very grateful there was nobody at home. I could have been raped or killed, if I was in the house, but God made sure I wasn't there.”

Since then, Zodwa has made sure that people know that she isn't “weak” and that she was caught off-guard but that won't happen again.

“I had a break-in I’m not weak or paralysed nizo***. I never let my guard down,” she said on Instagram.

3 times Zodwa and her bae served goals during #lockdown

“People should be with their partners, but not their side chicks.” Zodwa said.
TshisaLIVE
2 years ago

Zodwa: Breast surgery is a woman's way of looking after her body

Zodwa says breast lifts are the way to go!
TshisaLIVE
2 years ago

Zodwa Wabantu gushes over her bae on his birthday

"People should be with their partners, but not their side chicks."
TshisaLIVE
2 years ago