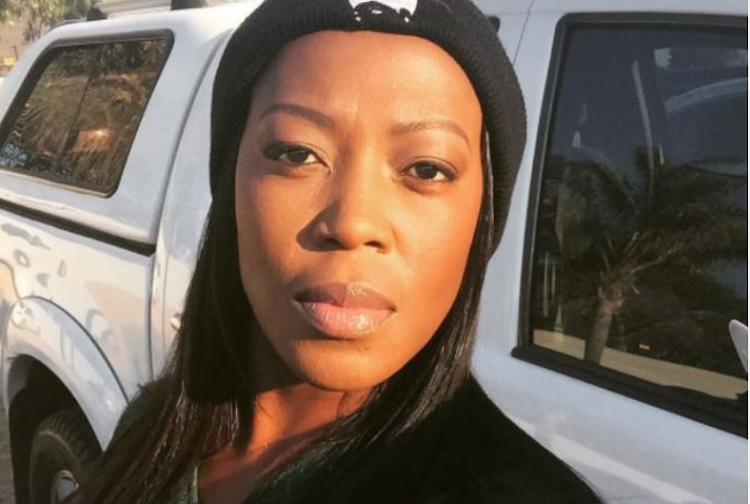 Rami Chuene shares her thoughts on productions going back to work during the pandemic.
Image: Instagram/Rami Chuene

As the entire country tries to adjust in the wake of the Covid-19 pandemic, the arts and entertainment industry particularly has been struggling to get on its feet in the new normal and actress Rami Chuene shared her thoughts on the decision to allow productions to go back to shooting.

As soon as President Cyril Ramaphosa announced the risk level approach of the national lockdown and the incoming level 4 that begins on Friday, May 1, there were a lot of questions surrounding what this would mean for TV productions.

As one of the most respected voices in the entertainment industry, Rami had a lot of questions about how productions planned to prioritise the safety of cast and crew if they were indeed insisting on going back to work. She had a number of pertinent questions that were “left hanging” in the conversation around the easing of restrictions for production houses.

“Are we all getting tested before we officially go back? Who’s paying for that? Production? Channel? Who is addressing physical and intimate contact? Will we have medics on set? Will thermal screening be done daily when we walk into the premises?” she asked.

Rami expressed her concern for the extent to which cast and crew's safety would be ensured. She was also particularly worried that the “privilege” to go back to work was only given to a particular group of creatives.

Giving TV productions a chance to shoot but not affording the same chance for theatre productions didn't sit well with Rami.

“Someone is not thinking this through. I’m saying the risks are the same! In fact TV is worse if you’re there for 12 hours, but in theatre for three hours. A lot has to be revisited. Let’s not make this about losing money and episodes. Because it looks like that’s what it comes down to.

One of Mzansi's favourite telenovelas, The River, is gearing up to start shooting again from next week. Its creative producer Percy Vilakazi told TshisaLIVE earlier this week they had limited a lot of scenes to “skeleton” actors, with no extras on set.

“Although we don't know the exact date, we are gearing up to go back to shooting. It would most likely be next week. I am trying to check the script to see what is feasible, as a lot of scenes will have skeleton actors and no extras. This entire day I will look at what can be best possible for the show while keeping the safety of the actors and crew in mind.”

Are we all getting tested before we officially go back? Who’s paying for that? Production? Channel? Who is addressing physical and intimate contact? Will we have medics on set? Will Thermal Screening be done daily when we walk into the premises?

A lot of contracts were canceled, people not paid cos covid_19 was declared a pandemic. Will insurance taken out by producers be amended to cover eventualities related to #Covid_19 going forward? By the way, there are productions that get away with working without basic insurance

Rami Chuene on lockdown: 'I wouldn’t choose to be anywhere else but home'

Rami Chuene: 'We can’t end the lockdown too soon'

"We must do it in phases or stages. We gonna have to be patient, trust the process and #StayAtHome"
TshisaLIVE
1 year ago

"Bloody agents will use the pandemic to play on your emotions to get what they want. Don’t do it!"
TshisaLIVE
1 year ago

Rami Chuene: Con artists of the industry have found a new excuse to not pay artists