Gareth Cliff responds to backlash over open letter to Ramaphosa 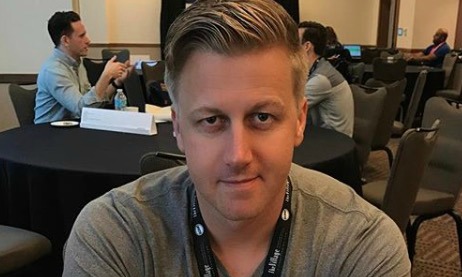 Radio host Gareth Cliff hits back at claims he disrespected the president in his open letter.
Image: Via Gareth Cliff Instagram

Radio host and businessman Gareth Cliff has responded to the backlash over his open letter to President Cyril Ramaphosa, claiming that those who thought he was speaking for white people are making it all about him and not the issues he raised.

In his letter, Gareth claimed South Africans' “patience and emotional state of affairs are on a knife-edge” during the nationwide lockdown and many were “losing hope”.

“Many of us aren’t afraid of the virus any more. It’s our health and we’ll take our chances, thank you. We are afraid of the havoc your lockdown is wreaking on the economy, on people’s lives and livelihoods,” he said, warning that not getting the confidence of the people could end in disaster.

While many voiced their outrage at Gareth's open letter, the star told listeners of his Cliff Central show this week that he was not speaking for anyone but himself.

“People who say, 'Oh, you're speaking on behalf of white people or people with money', I'm like no, you're projecting me into this story, it's not about me. I find this whole thing bizarre.”

He also slammed claims that he was being disrespectful to the president and said he had nothing personal to gain from his open letter.

Gareth noted that some columnists had shared his sentiments but did not get the same amount of backlash, claiming that it may have been because they are not white.

“I read Barney Mthombothi's column in the Sunday Times yesterday, a man I respect enormously. He was pretty much echoing precisely the sentiments that I have ... I don't know if he got this hatred, maybe it was because he is not white.”

Like many celebs, radio personality Hulisani Ravele said Gareth's letter had left her angry and emotional.

Taking to Twitter, the radio and TV personality said, “I don’t know why listening to Gareth Cliff's clip made me cry. It’s a pity privilege is a disease you cannot die from. Lockdown was never going to be easy or comfortable, it was a necessity. It was never going to be perfect either [not the brutality because that’s just wrong].

Hulisani was not the only celeb to call out Gareth on his letter: media personality Sizwe Dhlomo made two corrections to Cliff Central host's letter.

Celebs were not scared to call out Gareth for his comments and claim it came from a position of privilege.
TshisaLIVE
2 years ago

Dear Cyril, we are not your naughty children ... and Gareth Cliff also jumps in

'You have to start letting your people go, Mr President!'
News
2 years ago

Gareth Cliff's open letter to President Cyril Ramaphosa has divided opinion in SA, with many saying he does not speak for 'us'
TshisaLIVE
2 years ago