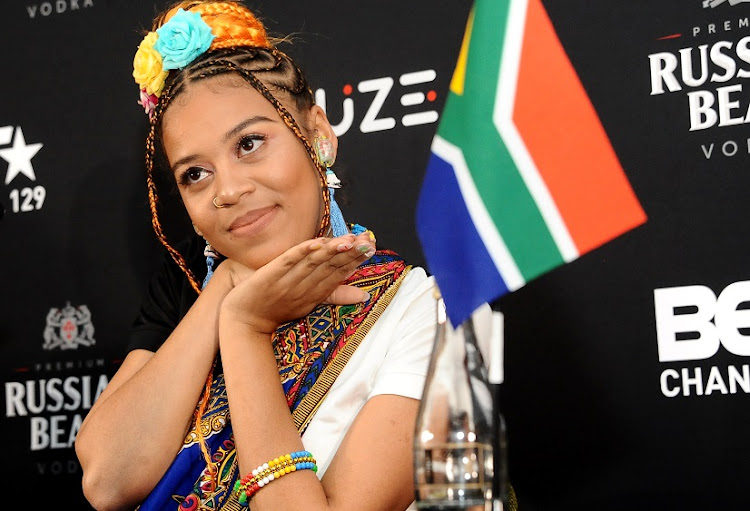 Tsonga rapper Sho Madjozi's proud African attitude and colourful personality have won her one of the most coveted awards in the world, the Favourite African Star at Nickelodeon’s Kids’ Choice Awards (KCA) 2020.

Everybody knows that the kids are always all right, so nobody will argue with them if they say that Sho is the African star they want to back.

In a statement sent to TshisaLIVE, the musician thanked her global fans and made it known that Africa is coming for everything.

“Our job is to work, move forward and never reverse. Nickelodeon thank you for this amazing award and to everyone that voted. I am so excited! World, we have one message for you, Africa is coming and we are coming for you,” she said.

Sho Madjozi was nominated alongside Shekhinah, Teni and Patricia Kihoro in the Favourite African Star category.

We bet this was Sho when she heard the news!

Children around the world cast millions of votes for their favourite celebrities, movies, games and more, this year’s virtually produced show will reveal the winners through some of the most creative orange-blimp acceptances in KCA history.

The channel is set to premiere the Nickelodeon’s Kids’ Choice Awards 2020: Celebrate Together, on Friday, May 8 at 14.10pm (CAT) on NickToons (DStv Channel 308). The show will be hosted by Victoria Justice (Victorious) and will be jam-packed with stars, surprises and slime.

Teach us, sis! — It took Sho Madjozi 12 hours to do her own hair, and fans are stannin hard

"I would literally never if I had another option."
TshisaLIVE
2 years ago

LIFE IN LOCKDOWN | Day 23: Watch Global Citizen's 'One World: Together at Home' special

This six-hour entertainment special promises appearances from loads of local and international celebs. Here's how to watch it in SA
Lifestyle
2 years ago

The historic gig is going to be MASSIVE!
TshisaLIVE
2 years ago