“It’s now with lawyers, I have learnt to move on”

Musician Kelly Khumalo has opened up about her ongoing feud with her sister Zandie, saying the matter is with lawyers to handle.

Kelly and Zandie made headlines in February, when Zandie issued a statement saying she was “divorcing” her sister over claims Kelly had made about her husband, Mhlo Gumede.

Kelly had earlier distanced herself from an alleged scam which Mhlo was allegedly involved in.

Speaking on Afternoon Express this week, Kelly said the dispute was now in the hands of lawyers, adding that the situation was “that bad”.

The star also addressed claims she was having a “meltdown” when she posted a video of herself crying and pleading with fans to get on their knees and ask God what they should take from the Covid-19 pandemic.

In the video, posted to Instagram two weeks ago, Kelly said she had been “summoned” to make the request to her fans.

Kelly said she was reflecting on the state of the country when she heard a voice telling her to speak to her fans.

“It was not even me. If you know me very well, you would know that I am a very spiritual person and I have a gift, in terms of spirituality. I see things. I feel things. With so much that we are going through as a nation, I felt all sorts of things.

“One voice that was loud to me was to ask people, plead with people, to pray and tell God exactly what we want from this situation, because he is the only person who can put an end to this.” 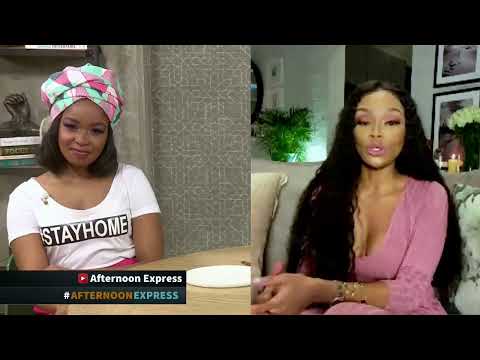 Kelly shrugged off the hate on social media and said those who were bullying her were just looking for relevance.

“Let them continue my love, it’s their only moment of relevance,” she told those who tried to defend her from critics.

She added that her haters can go “all the way to hell” and said it was not worth explaining herself to people who didn’t want to understand her.