‘You think you know me and my story? You're pathetic’ - Sophie Lichaba puts a hater in her place 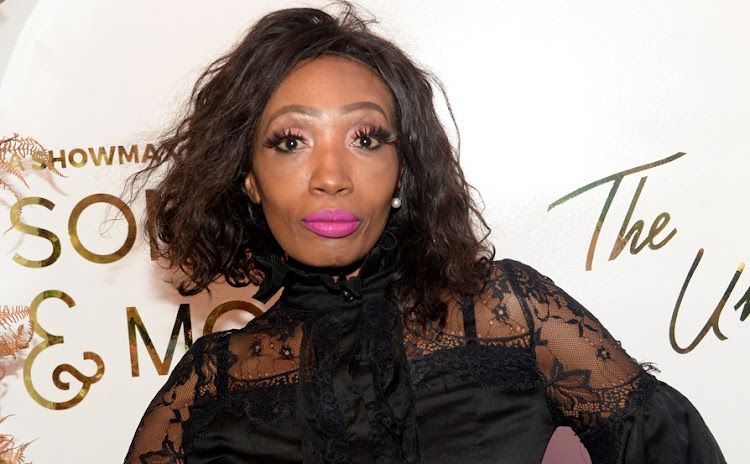 Actress Sophie Lichaba has again left her haters spinning with a stinging clapback.

The Lockdown star has been targeted by cyberbullies over the last few years because of her dramatic weight loss from diabetes.

Sophie has also had to deal with several death rumours, which she admits has taken a heavy toll on her and her family.

So when a social media user claimed to have some advice for Sophie, the actress was not having any of it.

First of all, she corrected the tweep, saying her name was Sophie Lichaba, and then told the tweep to “grow up”.

“I get infuriated by people like you. Correction, I'm Sophie Lichaba. If you thought I need fixing why don't you e-mail or inbox me as the professional you say you are?

“Grow up. You think you know me and know my story? So randomly you comment? You're pathetic.”

I get infuriated by people like you.correction I'm Sophie Lichaba
If you thought I need fixing why don't you email or inbox me as the professional you say you are? Grow https://t.co/jFn765kfKW think you know me n know my story ? so randomly you comment?? You're pathetic https://t.co/P0x5QC3d4g

Fans were similarly outraged at the tweep's comments and urged Sophie to ignore the hate.

Others felt Sophie should teach the tweep a lesson and open a case against her.

This is not the first time that Sophie has taken aim at Twitter trolls. Just last month she responded to claims that she wasn't being truthful about her struggles and diabetic patients “don't look” like Sophie.

“God help her and her stupidity. She doesn't know life,” Sophie said in response.

She also hit back at those who had opinions about how she should live her life.

“I will do what suits me, my dear. Focus on your life and go get tested for every disease. Who are you to decide what I should do? Who are you?” Sophie asked a critic.

"People who once trusted you with R10m or R5m for their projects, when they hear you are dying, why would they even give you a contract?"
TshisaLIVE
2 years ago

Sophie Lichaba on 'Lockdown' will legit give you the chills

The veteran actress will play the role of Palesa, the head nurse at Kgotsong Asylum, in the fifth season of the hit prison series.
TshisaLIVE
2 years ago