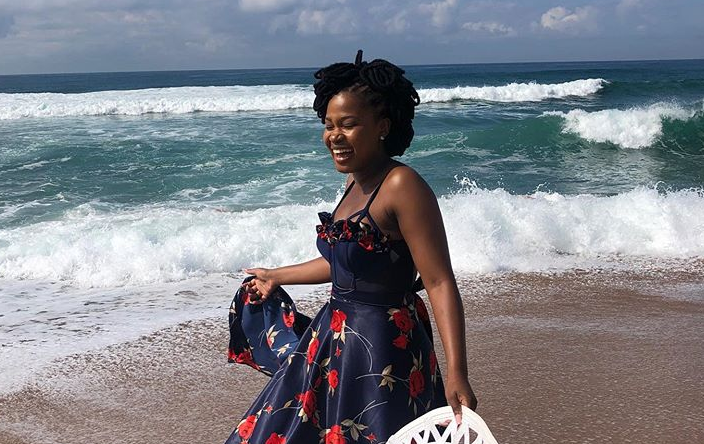 Even though the rumour mill has been swirling for a while, actress Zenande Mfenyana only confirmed that she's a mother to be this past weekend.

The actress, who plays Goodness on The Queen, took to her social media to share the news as she celebrated Mother's Day. Looking absolutely stunning in a bright yellow, flowing outfit, Zenande chose to go for an underwater photo shoot and it turned out great.

If you think you've seen a similar photograph, you may have seen Beyoncé's - underwater shoots are quite popular for maternity shoots as the pictures almost look magical. However, creating the magic requires a lot of hands and Zenande thanked her sisters for pulling through for her.

“Behind the scenes footage from the maternity shoot ... (it was) raining and all my sisters helped make it work, thank you,” she said mentioning each of them by name.

The actress has also hinted that she may be having twins and her fans and industry colleagues had nothing but well wishes for her in this amazing time in her life.

People such as Rami Chuene, Dineo Langa, Makgotso M and many others offered congratulatory messages and lots of love and light.

“My heart is so full, the love is so overwhelming!” a grateful Zenande said as she thanked the people who showered her with love.

The actress only held back on names but they shared their thoughts on the alleged 'abuse' young actors endure at the hands of other, often older ...
TshisaLIVE
2 years ago

Zenande Mfenyana shades SA celebs: 'They are such a pretentious group of people'

Despite her fame, Zenande doesn't see herself as a celeb and told her Twitter followers that she was not like the rest of the famous people.
TshisaLIVE
2 years ago