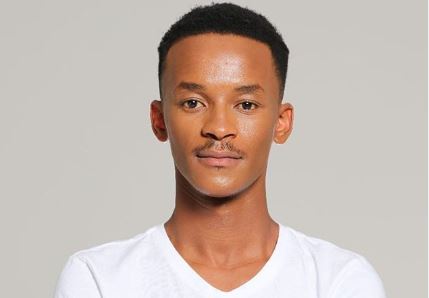 Gomora actor Sicelo Buthelezi is still awkward when fans call him by character's name when they see him in the streets.

Sicelo, who is becoming one of Mzansi's faves due to his heart-wrenching yet funny portrayal of Teddy on the new Mzansi Magic telenovela is enjoying his newfound fame.

Speaking to Drum magazine, Sicelo revealed that he hasn't grown used to being recognised everywhere he goes, and doesn't know how to handle certain aspects of fame yet.

“I don't know how to act so when people stop me to ask if I am Teddy from Gomora I say 'no, we just look alike'.

"It's especially confusing for them now that we are on lockdown because I let my beard grow and I have a moustache. They believe me because Teddy has a clean-shaven face on TV.”

Sicelo plays the role of a young boy with special needs, and said he had to dig deeper to be true to his character and show people that people with disabilities are not much different to everyone else..

“It is also important for me to show that even though a kid may have special needs in one way, they are not only that. There are other sides to them and they also are multi-dimensional, like everyone else."

After the shooting of the telenovela was put on hold due to the pandemic, Sicelo took to Instagram last week to let his followers know they were back on set.

“Guess who’s back to shooting again? Yep, we’re back to work, baby. We’ll be back on your screens before you know it!”

Guess who’s back to shooting again...yep we’re back to work baby we’ll be back on your screens before you know it !

Since hitting the small screens, fans have been flooding his Twitter TL with love and support for impressively executing the role of Teddy.

We still discovering your talent bro. Your doing the most. Stay hungry. #Teddy #Gomora #GomoraMzansi https://t.co/HniooWDOQ0

They just had a convo I still envy to have with my parent... I'm so touched!❤️
"I got the good heart from you mom"❤️
PLEASE Show Teddy some love. @seekay_sa#Gomora #GomoraMzansi pic.twitter.com/OqiuhM3bmT

I would never do what #teddy did to myself. My loyalty is me first yerr!!#Gomora #GomoraMzansi

The drama series is doing all that ensure the safety of its crew and actors.
TshisaLIVE
1 year ago

'Scandal!' actress Lusanda Mbane on not being OK: Allow yourself to cry

‘So I have chosen to allow myself the next few hours as hours of weakness. I will cry, I will be needy'
TshisaLIVE
1 year ago