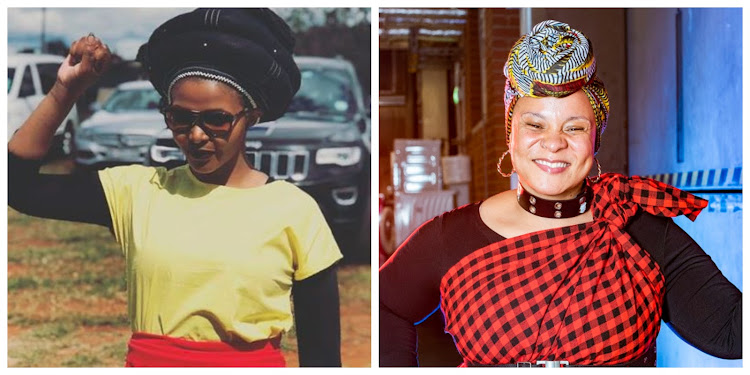 Poet Lebo Mashile and songstress Simphiwe Dana have called out Gareth Cliff for his remarks during a live online debate on his open letter to President Cyril Ramaphosa, accusing the radio host of being a “bully”.

Gareth caused a stir last week after he penned an open letter to Ramaphosa in which he claimed South Africans' “patience and emotional state of affairs are on a knife-edge” during the nationwide lockdown, and said many were “losing hope”.

The topic was resurrected over the weekend when Redi Tlhabi hosted Gareth and writer Jamil Khan on Rise Above, the lockdown online version of The Big Debate.

During the discussion, Gareth reiterated the negative affect the lockdown was having on the economy and proposed an end to the lockdown.

Though he acknowledged that Covid-19 was deadly, Gareth claimed the lockdown could cause many to die from starvation.

Jamil said he found it interesting that the economy was referred to as “some sort of pre-existing cosmic force that we all have submit and yield to”, and said there needed to be a discussion on the “power structures” that set up the economy.

He questioned Gareth's comment that “we are losing hope”.

“I am by no stretch of the imagination somebody who finds themselves at the bottom of the totem pole when it comes to privilege in SA, but I don’t know who the ‘we’ is.

“And ‘losing hope’ now only. As a country SA has historically given, especially impoverished black people, very little to hope for. So to come to the realisation that we are losing hope because of a lockdown is a little late.”

When quizzed about who he meant by those losing hope, Gareth said the debate was not meant to be framed about equality, and said the economy was “a very real thing” that has forced many countries to yield to the “free market”.

When challenged on a section of his letter in which he suggested people will take their chances with the disease, Gareth said: “That’s outrageous. Who can in good conscience say they’d be happy with any death, at all? But to immediately try to characterise people who are saying there is another dimension to this- which is an economic dimension which may result in far more hardship and difficulty — as evil or only interested in money is outrageous. It’s also a mischaracterisation, which borders on caricature.”

Taking to Twitter, Lebo questioned why anyone would give Gareth a platform.

He’s been an asshole since forever. Why do people keep empowering him with platforms? What happened to his come-to-Jesus moment ya a few years ago when he allegedly realized that his understanding of racism was faulty? Those BS apologies he gave? Fuck him & fuck his supporters

Simphiwe said Gareth had always been "humane" to her, but they had conflicting belief systems.

I like Gareth in person. He’s been very humane to me. But I have to question why. When he’s so adamantly against my belief systems

She applauded Jamil and claimed Gareth had “bullied” the writer.

I would have lost my shit. Much love 💜

Several celebrities slammed Gareth over his open letter last week, with radio personality Hulisani Ravele telling her Twitter followers:  "It’s a pity privilege is a disease you cannot die from. Lockdown was never going to be easy or comfortable, it was a necessity. It was never going to be perfect either (not the brutality because that’s just wrong)."

Gareth stood by his comments and told his Cliff Central listeners last week that he was not speaking for anyone but himself.

“People say, 'You're speaking on behalf of white people or people with money'. I'm like, 'No, you're projecting me into this story, it's not about me'. I find this whole thing bizarre.”

He also slammed claims that he was being disrespectful to the president and said he had nothing personal to gain from his open letter.

Lebo Mashile on dealing with mental illness: 'I personified my depression'

"After I swore my depression, cried and expressed my frustration, the dark feelings gave way to the realization that my depression emerged at a time ...
TshisaLIVE
2 years ago

"I’m not even a smoker but inhibiting long-term smokers from smoking does nothing for their health in the short term, besides just giving them ...
TshisaLIVE
2 years ago