'Imagine surviving Hitler only to be taken out by Trump ...' 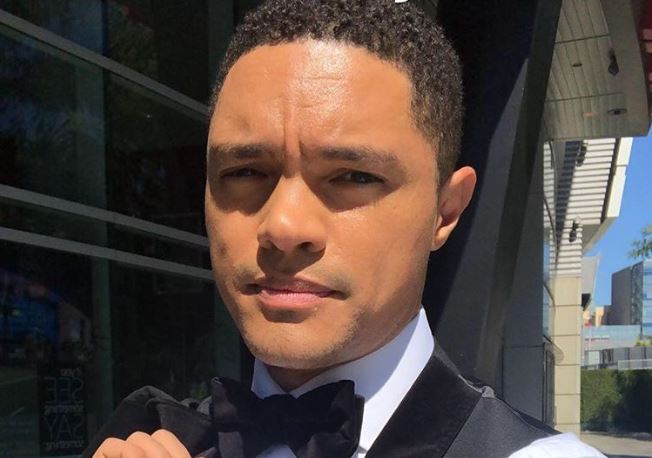 Trevor Noah calls out President Donald Trump for not wearing a mask in the presence of 90 year-old WWII veterans.
Image: Instagram/ Trevor Noah

As the whole world battles the deadly Covid-19 pandemic, comedian Trevor Noah has shared his confusion at US President Donald Trump not wearing a mask while visiting WWII veterans recently.

Trump and the first lady Melania recently attended a ceremony of the 75th anniversary of Victory In Europe in WWII where he was in the presence of veteran heroes.

Trump, however, faced criticism for not wearing a mask but claimed he kept a safe distance from the veterans who were all in their 90s.

Known for not mincing his words, Trevor noted that the president hadn't changed his attitude despite multiple coronavirus cases reported in his inner circle.

“Imagine surviving Hitler only to be taken out by Trump”, Trevor said in a video clip shared by The Daily Show.

“Despite the coronavirus spreading in Trump's inner circle, Trump himself has not changed his attitude when it comes towards the virus. For example, he still refuses to wear a mask even when meeting a group of elderly WWII veterans,” Trevor added.

He said he was perplexed that Trump was not being logical about his reasons for not wearing a mask while in the presence of the elderly people.

“Look, whatever Trump's excuse was, I just hope all those veterans are safe because can you imagine surviving Hilter, only to be taken out by Trump?! That would be so anti-climatic!”

Trump won’t wear a mask around 90 year-old WWII veterans. Imagine surviving Hitler only to be taken out by Trump… pic.twitter.com/W7qcgkHqVl

The comedian claimed Trump was learning all the wrong things from the White House outbreak.

“On top of that, the virus has begun to spread among the secret service, prompting members to ramp up social-distancing measures and start wearing masks.”

Trevor pointed out how bad things were at the White House with all secret service staff testing positive for the virus.

“I know this is bad, but the fact that the secret service has coronavirus and the president doesn’t, just shows you how good they are at doing their jobs.”

Trevor Noah and The Daily Show have never been afraid of taking swipes at people, especially those who lie and are in positions of power.
TshisaLIVE
2 years ago

"Do you know what makes it harder to breath? Coronavirus!"
TshisaLIVE
2 years ago

In light of social distancing measures, comedian Trevor Noah has been hosting a version of 'The Daily Show' from home, and is concerned about the ...
Lifestyle
2 years ago

The comedian got real about his worries.
TshisaLIVE
2 years ago