'For me, the biggest thing about this first year of marriage is that I've been happy,' Dineo said. 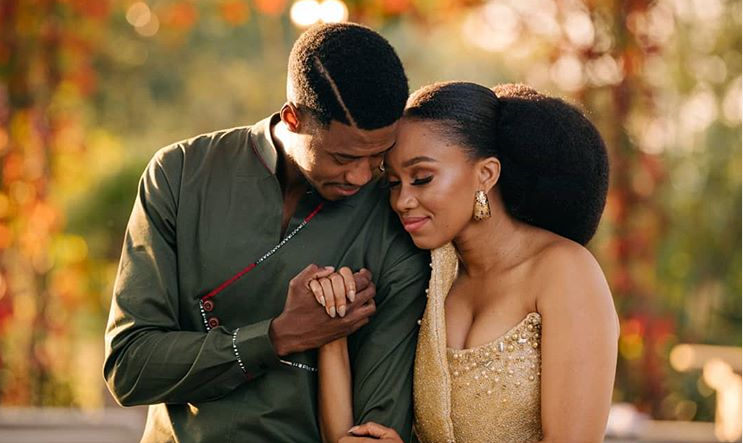 A year later they shared a YouTube video in which they talked about the journey and revealed how happy they are living their forever together.

Dineo and Solo tied the knot after dating for six years, and Dineo explained that being married didn't change much for her.

"I don't feel like anything has really changed. I feel like this was always our dial, this has always been our frequency of how we were as a couple. The six to seven years we were together before we got married, we were always like this for me. It's been really good."

However, Dineo said she felt marriage had added a different texture to them as a couple. She said she felt they had a deeper understanding of commitment and unity.

Solo echoed Dineo's sentiments, saying that for him "respecting the weight of the commitment" was also highlighted by their wedding.

The couple's ultimate truth was that marriage had been everything they thought it would be, and more.

"For me, the biggest thing about this first year of marriage is that I've been happy," Dineo said.

After pouring their hearts out, the Lang's put together a montage of footage from their wedding, and talked about the stress around the planning for their big day.

"Not everyone will be returning, including Kea and Jerry," Connie says.
TshisaLIVE
2 years ago

Sis was warming us up with her vocals during the rainy lockdown weather.
TshisaLIVE
2 years ago

Dineo Langa reminds Mzansi to be cautious after witnessing a robbery

Dineo was shaken by the incident
TshisaLIVE
2 years ago

It was all things style at Sandton City's Diamond Walk on Sunday night when celebs gathered for the SA Style Award. But it was a heartwarming speech ...
TshisaLIVE
4 years ago