WATCH | Kwesta opens up about being a dad: You'll be buying a new doll every week 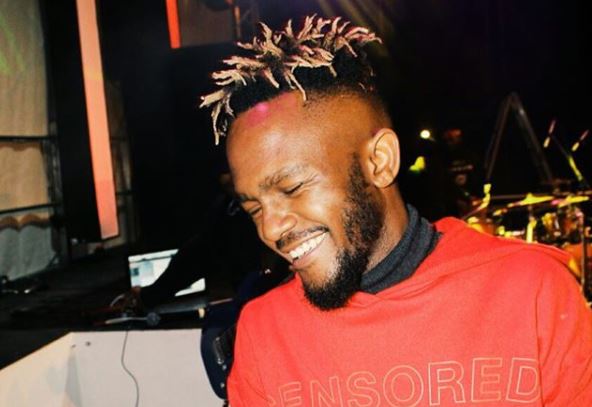 Kwesta talks about on his experience of raising his daughter.
Image: Via Kwesta Instagram/Banzworldwide

Rapper Kwesta is not only all about serving the massing with his blazing hot hits, but he's also set his eyes on being the best father to his daughter, Khai Asemahle Bulelwa Vilakazi.

The rapper recently spoke to SlikourOnLife about the joys and experience of raising his girl child, saying he plans to install the right personality traits in his daughter.

With Khai about to turn eight, Kwesta said regardless of whether you are raising a girl or boy, what was important was building the right personality traits.

Slikour recently became the father of a baby girl, and Kwesta told the star what to expect when raising his daughter.

In 2018, Kwesta told TshisaLIVE that his family understood the demands of being an artist and were very understanding when making music cut into his  family time.

“It's sometimes impossible to do both. You end up having to pick one per day, or based on the urgency or importance of what you need to do. I try to do my best to not work too much or not spend too much time with my family, neglecting music. It's a difficult balance to master. You never get to a point where you have the hang of it but I try every day.”

During the interview, Kwesta praised his wife for being understanding about his busy life as a rapper, and shared his concerns about missing moments with his daughter.

“It feels terrible to not be home to tuck her in, but I call and say  I won't make it home in time to say goodnight. Just last night, I got lost in the moment making music and I didn't say goodnight. It's a bad feeling to not be there, to miss those moments,” he told TshisaLIVE.

The Ngud' hitmaker also can't help but gush over his family on social media, sharing cute snaps of them together.

'Please open, we wanna listen to the song at a groove’ - Kwesta drops two new hits and Mzansi can't deal!

Ishuuu! Kwesta has two new joints that the streets are loving!
TshisaLIVE
2 years ago

Although they've been married traditionally for almost a decade, Sunday marked a year since the Vilakazis tied the knot.
TshisaLIVE
2 years ago

'I have never owned a gun, carried a gun or even shot one at any point in my life.'
TshisaLIVE
2 years ago

Rapper Kid X is officially off the love market