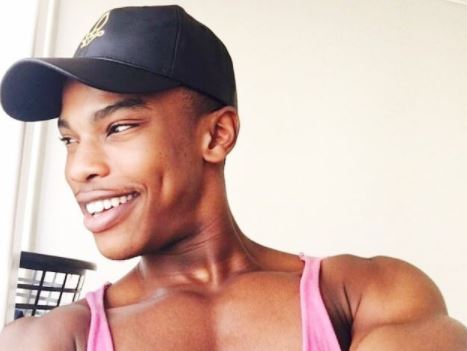 Model turned actor Thabang Molaba was a huge pulling card for the female crowd that watched Netflix's Blood and Water.
Image: Via Instagram

Netflix's Blood and Water finally dropped and there's no negative review in sight on the TL. All fans have to say is they need more!

Fans gave the series a thumbs-up for the amazing mix of veteran actors and new faces from the industry. They love the storyline which most viewers quickly likened to the famous Zephany Nurse story.

Blood and Water is a drama about a youngster who uncovers a dark family secret.

It seems not only is the acting on par and the cinematography amazing but every little thing about the series managed to captivate viewers.

Most confessed that they binge-watched the series, which has only six episodes.

The only thing some viewers found disappointing was that they needed more than just six episodes.

Here are the reactions from the TL:

This #BloodAndWater show pon Netflix soo good. All these twists and entanglements.... pic.twitter.com/qWR9yxgK7a

I finished all of #BloodAndWater in one sitting. Now, I SLEEP! pic.twitter.com/Inp9y4EMZm

Also, I’m so upset at the fact that #BloodAndWater is literally only 6 freaking episodes and it ended with a damn cliffhanger 😭 Netflix, why are you like this?!!! pic.twitter.com/YyLsHGb7xR

Me looking and waiting for Season 2 of #BloodAndWater on Netflix pic.twitter.com/U641TG9eVn

Of course I’m about to binge watch #BloodAndWater knowing I have assignments to finish. pic.twitter.com/6kU2g6fd8F

#BloodAndWater
You gotta looooove bra @sellomkn
As it numbs your pain it dumbs your brain 🤣🤣🤣 pic.twitter.com/sE6gXSfCUa

So YES... these are actual events that occured in Cape Town, South Africa with a twist. 🌍😂#BloodAndWater #bloodandwaternetflix @netflix pic.twitter.com/OkXKMUKv2b

I’m already halfway through #BloodAndWater on @netflix! This show is so good. All these beautiful Black actors 😍 plus the plot is filled with suspense. I love it. Watch this!! #Tiffrecs pic.twitter.com/zogwqihcZm

@netflix YOUVE DONE IT AGAIN 👏👏👏 this show is everything! I can’t express how amazing this show is! Everyone please watch this #BloodAndWater #bloodandwaternetflix @ama_qamata pic.twitter.com/IQtJRzCXPc

... Is there anything the star can't do?
TshisaLIVE
1 year ago