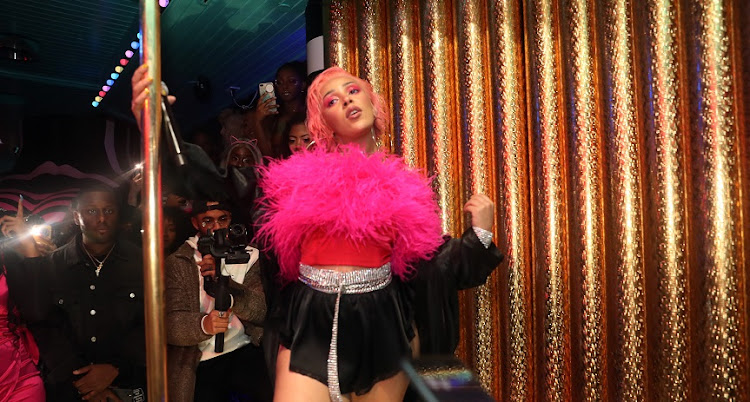 Doja Cat has hit back at Lana Del Rey's criticism of her in an open letter about the state of the US music industry at the moment.

Lana got tongues wagging this week when she responded to Doja Cat and Nicki Minaj topping the Billboard Hot 100 chart by questioning what were acceptable themes in music at the moment.

"Now that Doja Cat, Ariana, Camila, Cardi B, Kehlani and Nicki Minaj and Beyoncé have had number ones with songs about being sexy, wearing no clothes, f**king, cheating etc — can I please go back to singing about being embodied, feeling beautiful by being in love even if the relationship is not perfect, or dancing for money — or whatever I want — without being crucified or saying I’m glamorising abuse?

While some agreed with Lana, many slammed her comments, labelling them "tone deaf" and "childish".

Doja's defence force were heavy on the attack and delivered several clapbacks, and Doja stepped in herself to address the social media storm surrounding Lana's comments.

"Gang suck that dunker," she wrote in Lana's comments.

The streets were hella confused at her response, and many admitted they didn't really understand what she was saying, but she was "right" and had put Lana in her place.

Did she? We may never know.