'Generations' Karabo Maseko: There's more to the Rastafari than smoking 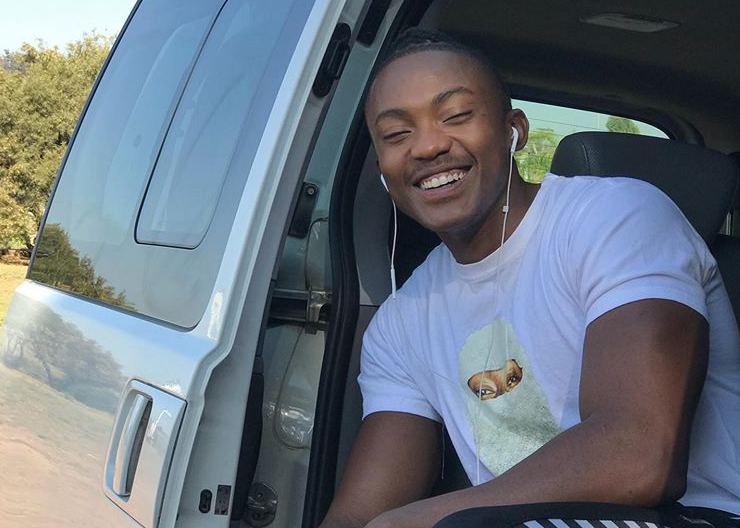 TV presenter-turned-actor and Generations: The Legacy's latest addition, Karabo Maseko, is excited to do the Rastafarian representation justice on the small screen after feeling like they've been shown as one dimensional for far too long.

The young actor recently bagged a role on one of Mzansi's biggest soapies.

In an interview with TshisaLIVE he said he didn't take for granted the different dimensions of his character, particularly because he associated closely with the Rastafarian religion.

"Rastafarians are people who are mostly perceived to be smokers or stoners only. People don't think of them as the people who become doctors, and that is why I love this character so much.

"Luyolo is a well-travelled man who studied medicine. He fell in love with the Rastafarian culture before he felt the ethos of Rastafarians is actually how life should be lived. It is all about love, peace, serenity and tranquility.

"I suppose this whole image of them just always smoking is the Westernised version of the religion, how they chose to represent them to people. But it is really deeper than that," Karabo said.

Karabo plays the role of Luyolo, a young Rastafarian medical graduate. He meets Lesedi (Luyanda Mzazi) at a club and is instantly attracted to her. He becomes her first love interest since Jerah (Paballo Mavundla), the father of her son.

Today marks a very special day in my life and a huge milestone in my career. Today, 15 May 2020, I debut on @generations_the_legacy 😭🙏🏾. I'm beyond grateful. To be given the opportunity to be part of a show I've watched throughout my 25 years of living is a tremendous honour. Bra God ungenzan' mara yeh 😭🙏🏾❤️

For Karabo, more than serving as a well-needed twist in the complicated lives of Lesedi and Jerah, he didn't want people to stereotype Luyolo. He said he wanted people to get a 3-D look into the young man.

"I did a whole lot of research into the culture and the way they speak and live. I wanted to go all the way in and actually try and represent a dynamic Rastafari modern man.

"It was also important for me to reflect this from a local perspective because I know people from kasi who live as Rastafari believers. I have taken it upon myself to learn the language, and I have grown to love it just from the research I did. There's more to the Rastafari than smoking that plant, and Luyolo will show that," he said.

Karabo said he was super grateful to be part of the soapie. More than the honour of joining a legendary production, the timing was perfect, he said.

A day for old folks to feel young at heart again

Mandela Day started early for a group of pensioners in Alexandra, Johannesburg, when celebrities treated them to a salon experience. Lewis ...
Lifestyle
8 years ago