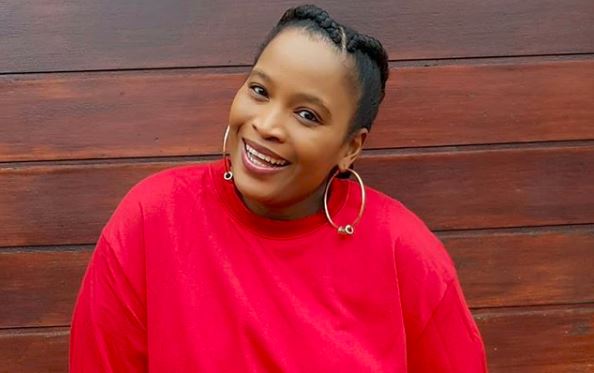 In a bid to raise a self-confident girl child, actress Ayanda Borotho sat down with her daughter, Ayaphiwa Ngubane, and spoke about a patriarchy-driven world and women who disempower other women to empower themselves.

During her talk, which she calls Conversations With Our Daughters, Ayanda and Ayaphiwa touched on beauty standards and the notion that patriarchy thrives on the oppression of women.

"Patriarchy has actually divided women and thrives on our ignorance, identity and power as women. That's the biggest thing patriarchy has been able to do, which is to write a narrative for women. As a result, it excluded women from writing their own narrative that will allow them to own their own power."

Ayanda also touched on the effects of patriarchy that have led women to have an underlying division when it comes to their views of beauty.

"There's this division with women about beauty standards. Let's not impose them on ourselves.

Adding to her mother's point, Ayaphiwa said: "You basically disempower other women to empower yourself."

Ayanda said "broken and hurt women" usually invalidate others because they were also once invalidated.

"This is why healing is so important. I want women to understand patriarchal knowledge should not lead us to invalidate each other."

Ayanda said her mother would constantly remind her not to let her beauty overcloud her intelligence.

Having had her own beauty struggles growing up, Ayanda asked her daughter, who she had to constantly remind she was beautiful, why she thought she was ugly.

"I'm learning to love my flaws that I dislike, but one thing I'm proud to say is that I have embraced my skin colour.

"I used to be conscious of my skin colour. I would always be like, 'Oh my gosh, I'm dark and some girls are light in complexion and all the boys wanted them', but I've learnt to accept who I am because I can't change it."

Ayaphiwa said she has learnt to impress herself instead of the boys she thought she was supposed to impress.

"It's still a journey I must conquer fully, but I'm proud to say I have accepted my body and  shape."

Things We Wish Our Mothers Told Us.... part 2 of the convo on the next clip.... Phiwa @ayaaa.ngu and I talk patriarchal beauty standards that divide girls and women... #UnbecomingToBecome #BecomingMe #MyJourneyBackToSelf

"This is me healing the little girl who was made to feel bad for being too good."
TshisaLIVE
1 year ago

If you can and still have the buying and spending power please buy South African products to support businesses, so that their doors will be opened ...
TshisaLIVE
1 year ago

Ayanda Borotho on helping foreign nationals during the Covid-19 pandemic