“For as long as women and children are less human than the average human, I will never stop.” 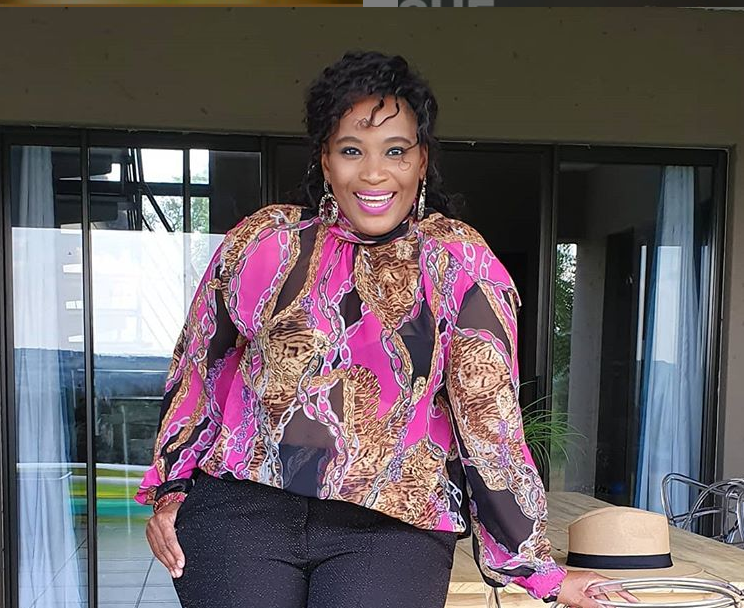 When one is at the forefront of a conversation that hasn't always been welcomed by society, they are bound to meet some adversity along the way but actress Ayanda Borotho is not prepared to back down, no matter what.

In an interview with TshisaLIVE, Ayanda made it clear that as long as women don't get the equal treatment they deserve in all spheres of life, she would use her voice to stir things up and challenge the status quo.

“My voice is my strongest asset. It will continue to challenge the status quo and for as long as women and children are less human than the average human, I will never stop.”

The author of Unbecoming To Become, explained that she was intending on using her journey of rediscovering and redefining herself to help her peers do the same. But more than that, she hoped that the younger generation of women would benefit from such conversations and be spared from what her peers have had to endure.

The actress also revealed that it was her Isibaya character, Phumemele, who stirred up her desire to introspect and to truly understand the woman she is within a largely patriarchal world. The more she looked at her voiceless character, the more she began to ask questions and challenge stereotypes.

“In some ways, I think playing a character on Isibaya who was in a polygamous marriage where she had no voice, made me realise the dynamics of our worlds may differ but the parallels are too similar. Educated women like me think being liberated is being civilised or living a better life. But once I started to deeply introspect I realised it doesn’t matter whether you are a rural woman or the president’s wife, our dynamics are the same. Women everywhere have never defined their own narrative. We simply survive the patriarchal narrative. So maybe I can say my activism started the day I began writing my book,” Ayanda said.

Recently, Ayanda has started an Instagram series with her teenage daughter to unpack things such as the existing standard of beauty. While she still continues to meet people that are against her mission and it's approach, many of her followers have nothing but admiration for the actress.

"When you live in toxicity for too long, even darkness looks like light. When you surround yourself with mediocrity for too long, even your greatness will start to look average." This picture encompasses a conquering spirit in me that I buried for so long. One day I took out my pen and notepad...and this is what the journey of the first step of that day looks like today. We are Alkebulan (the original name for Azania). Alkebulan is in us. The beginning of creation. And we CAN restore Alkebulan. We will. One daughter at a time. One son at a time. May our light shine in us for eternity! MAYIBUYE!!!!! ------------------------------- Thank you for watching the videos. Phiwa and I read all your comments. I wish I could respond to all of you... Women! We are POWER...get the book!!!...I unpack so many of these issues in the book. #UnbecomingToBecome. At Exclusive and Bargain books and some independent bookstores and online...@zebmedia @afrokulcha Next Phiwa and I will talk about dating and sex. Sensitive but imperative topic. Many of you have asked for this topic as well. #UnbecomingToBecome #BecomingMe #MyJourneyBackToSelf

"This is me healing the little girl who was made to feel bad for being too good."
TshisaLIVE
1 year ago

WATCH | Ayanda Borotho advises Mzansi to step up: We are the government we seek

"Let's collaborate our efforts and put together our resources to do our bit and play our part."
TshisaLIVE
1 year ago