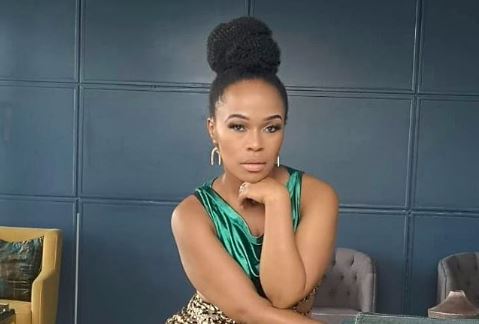 Fans of The River couldn't help but celebrate when Lindiwe again proved she's the super villain, even though Emma tried to knock her off the spot.

Viewers of the dramatic telenovela dislike Lindiwe's cunning character, except when someone else tries to do what Lindiwe does.

As the fiery drama between Lindiwe and Zolani's power-hungry girlfriend Emma continued, fans were eager to see if Emma would bring Lindiwe to her knees. Of course that didn't happen because Lindiwe is the boss of all villains.

Instead of the victory she was certain was hers, Emma ended up with egg on her face. She found out something that viewers have known all along - Zolani is nothing but Lindiwe's sidekick, and he doesn't actually own any part of the mine.

Whoa! Moghel's disappointment was heartbreaking, but fans were celebrating because they don't call Lindiwe "Madlabantu" for nothing.

Check out the reactions.

Wait guys! So this whole time Emma thought that the mine belonged to Zolani?! Can someone say moemish#TheRiver1Magic pic.twitter.com/v1oEireQxK

Emma thought she was gonna get half of the mine #TheRiver1Magic pic.twitter.com/xl0P2kxew1

Linda isn't here for the hate.
TshisaLIVE
2 years ago