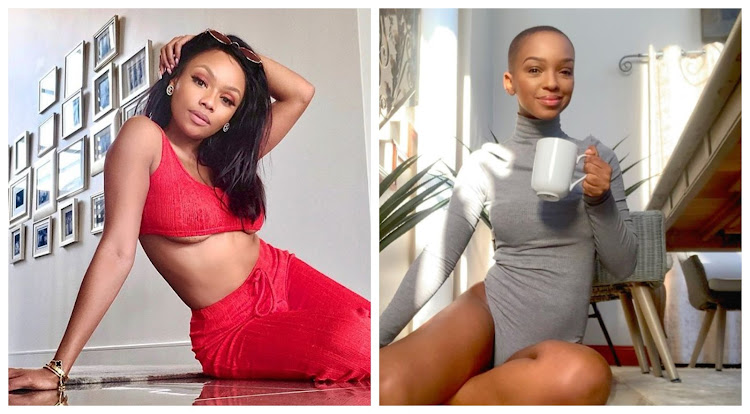 The two successful media personalities were accused of “speaking from a place of privilege” when their words of motivation for their followers took a sharp, unexpected turn. For Bonang, it was a video that recently resurfaced on Twitter, where she spoke about the importance of figuring out what you want as soon as possible.

“If you are 18 right now or 19 and you don't know what you're going to be or what you want to achieve by the time you are 24, it's already too late. I am not lying to you. The future is created by you and planning minimises the effects of life happening to you,” she said at the time.

Twitter and its lack of context is dangerous. While many adults were offended by B's message as it resurfaced on Twitter (after a couple of years), the group of high schoolchildren she was talking to at the time, probably welcomed the advice.

Meanwhile, Nandi shared a similar pearl of wisdom earlier this week. In her tweet, Nandi cautioned young people against spending their youth recklessly.

“I always say this to young people who work in my company. The ages 18-25 yrs are so critical. If u waste that time being a rebel wasting your parents' money, being cool, hanging around wrong circles etc.U waste so much time&before u know it you're 30 with nothing to show for your life,” she tweeted.

Needless to say while some welcomed the motivation, many others rejected it.

The problem with people like Bonang and Nandi is that they speak from a place of privilege. Fact is a very small percentage of black people are going to make it to Bonangs level,most of us born in poverty will die in poverty not coz we are lazy but bcoz the system is against us.

These timeliness ya'll set for people are the reasons ylunf people are always depressed and feel like losers in life... Just cos you were privileged enough at age 25 that doesn't mean you must set that age as a benchmark... Ni judgemental kakhulu Nandi kwezo previlges zenu pic.twitter.com/20LGl4iSdO

This Bonang "if you don't know what you want by 18 it's too late" has really rubbed me up the wrong way. It's NEVER too late to start over or be inspired or change your life or try something new. This time-limit chasing bullshit will have you giving up before you even start.

Sometimes it's okay to say Nothing

Motivation is not for every Tom dick & Harry, you deal with people's emotions

On behalf of all young people we will achieve our heart desires at our pace, we are not all privileged. pic.twitter.com/mHU8wFm4t2

Fortunately, both queen B and Nandi know that Twitter is a platform where every thought is open to multiple interpretations. It doesn't do much for anybody to behead themselves because they rubbed some up the wrong way with their words ... at least not on Twitter.

Twitter gives a whole new meaning to how Mzansi is “alive with possibility”.

Your tweets can literally be turned into ANYTHING.

🤣❤️ Much love to you guys! Love this platform. pic.twitter.com/qNVZsEuP61

Sis is on a mission to help!
TshisaLIVE
1 year ago

'Oh, no baby. That door is closed! Askies'
TshisaLIVE
1 year ago

PODCAST | Nandi Madida: We can all be global citizens, it starts with something small

"So many people are so disconnected and don't really know what is going on in the country and what people really want."
TshisaLIVE
2 years ago