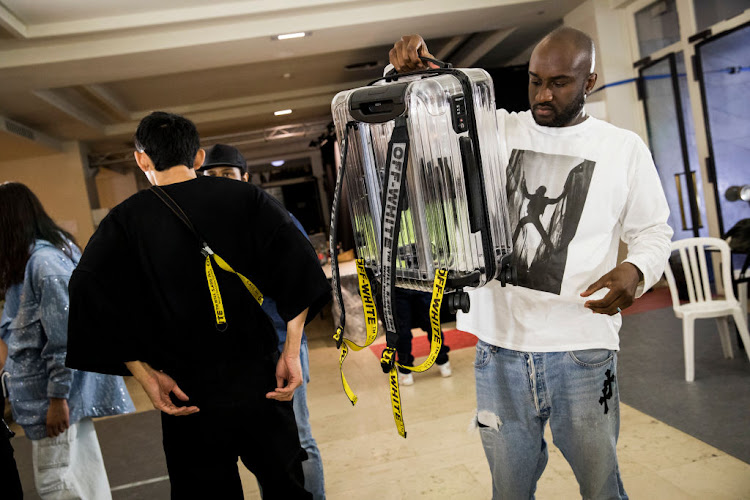 Designer Virgil Abloh was slammed on social media platforms after he expressed his "disgust" at the looting that took place at his friends' designer stores during protests against police brutality in the US.
Image: Tristan Fewings/Getty Images

Virgil Abloh has issued a public apology after his views about George Floyd's death at the hands of a white police officer and the subsequent protests against police brutality in the US garnered major backlash.

The founder of the fashion label Off-White and Louis Vuitton’s current menswear artistic director was slammed across different social media platforms after he expressed his "disgust" at the looting that took place at his friends' designer stores during protests.

Virgil poured fuel into the fire when he shared a screenshot that created the impression he had donated only $50 to an organisation set up to help with protesters' legal fees.

Of course the internet came for him, and hard.

After coming under fire, Vigil took to Instagram to apologise for how his comments came across, adding that he has donated more than $20,500 to the cause and that, as a black man, he truly was on his people's side.

"I apologise that my comments yesterday appeared as if my main concerns are anything other than full solidarity with the movements against police violence, racism and inequality," his statement read.

"Yesterday I spoke about how my stores and stores of friends were looted. I apologise that it seemed like my concern for those stores outweighed my concern for our right to protest injustice and express our anger and rage in this moment."

He also made it clear he has given more than $50 to the movement.

"I also joined a social media chain of friends who were matching $50 donations. I apologise that appeared to some as if that was my only donation to these important causes," he said.

The designer revealed that he has "donated $20,500 to bail funds and other causes related to the movement".

WATCH | Black Coffee on his music school: We needed to get a bigger place

Black Coffee's school is on track!
TshisaLIVE
2 years ago

HOLD UP! Black Coffee wants to build a whole neighbourhood

DJ spills details on plans to develop a deserted area into a creative neighbourhood centred around his school.
TshisaLIVE
3 years ago

"Police in America are looting black bodies. And I know someone might think that’s an extreme phrase, but it’s not,” said Trevor.
TshisaLIVE
1 year ago