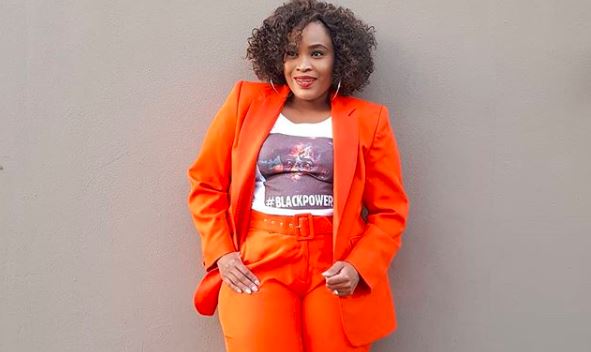 Actress and motivational speaker Ayanda Borotho has been sharing some wisdom on her social pages.
Image: Instagram/Ayanda Borotho

Actress and author Ayanda Borotho and her teenage daughter Ayaphiwa Ngubane had an insightful and interesting heart-to-heart that touched on all things girls, boys and sex.

It was an interesting conversation to follow for Ayanda's fans, as the actress and her daughter shared their different takes on the reasons women have sex. They also looked at when is considered the “right time” for young women and men to have sex.

The pair held each other's hands as the talk got emotional at times, but there were some light moments as well. Ayanda's followers were impressed at how well mom and daughter handled the conversation.

These are some of the most interesting quotes from their four-part talk.

Why we have sex?

Ayaphiwa: “Social media has played a big role in terms of safe culture. There’s this thing now of embracing who you are, your culture, your skin colour, sexuality and reclaiming your power as a girl. So now it’s a choice girls are making for themselves because they want to do it. They are now using sex to prove their power. Controlling and initiating sex instead of the guy.”

Ayanda: “It makes sense but it saddens me. Girls should not be proving their power by ‘taking control of the situation’ ... anything you try to prove already has power over you.”

When is the right time to have sex?

Ayaphiwa: “Once you are ready, in your head and in your heart, and you can say, 'I am accepting any consequence that may happen because of this action', then I feel like if you are mature enough to understand the consequences and make the decision for yourself and not the guy, then I feel like you have every right to have sex.”

Ayanda: “It is safe to say that the right time to have sex is when you are empowered enough to take responsibility and accountability for the actions that you engage in and the consequences that come with that in the physical, emotional and spiritual.”

Ayanda: “I think for me it’s important to always pay attention to how a guy speaks about his mother, how he speaks about his sisters and the important women in his life. How he treats your friends and how his perspective on women and women issues ... see how far his compassion goes for our issues. I think how he perceives women in the world will show up in how he treats you.”

Ayanda Borotho: ‘When you live in toxicity for too long, even darkness looks like light'

‘When you live in toxicity for too long, even darkness looks like light'
TshisaLIVE
2 years ago

"For as long as women and children are less human than the average human, I will never stop."
TshisaLIVE
2 years ago

"This is me healing the little girl who was made to feel bad for being too good."
TshisaLIVE
2 years ago