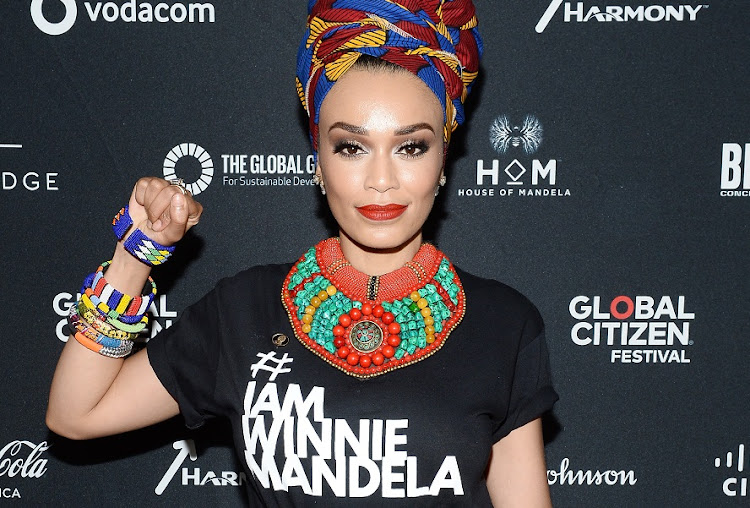 Actress Pearl Thusi is gatvol of black lives being taken by police brutality and is ready to organise a local protest to try make a change.

The Queen Sono star, like thousands of others, watched in horror as a video showing a white US police officer with his knee on George Floyd's neck went viral last week.

Protests erupted around the world under the banner “Black Lives Matter” and Pearl was keen to start her own march in Mzansi against local brutality.

She applauded South Africans who posted messages of solidarity and awareness about the movement but said it was time to take to the streets.

“As South Africans, over and above posting/creating awareness, are there any plans to protest /speak out on how our police killed people?”

I’ve never organized a PEACEFUL PROTEST/MARCH - if I know anyone who does- please contact me and let’s make it happen.

While many were keen to assist, even sharing details of planned protests, one tweep suggested that South Africans first look at their own xenophobia.

Pearl said that it should not be a case of one or the other and that “both must be dealt with”.

Ae you suggesting we ignore all problems? We were divided in opinion on that matter, sad reality. Are you saying the police should use brutal force on its own ppl because they harmed foreign nationals? Xenophobia is disgusting, so is police brutality. They both must be dealt with https://t.co/prtd0tvfAw

A majority of African leader wage war , disrespect and ignore their own people. Don’t take this personally. But if you choose to make that your reality then it will be. Don’t take random tweets of keyboard warriors and paint every african with that colour. https://t.co/1EdnMHp5Vj

She went on to explain that anyone who encourages hate against their fellow Africans but welcomed European or Asian immigrants suffered toxic self-hate.

“If anyone reading this encourages harm towards African nationals yet have never attacked or complained about Europeans or Asians who have immigrated here, you suffer from a self-hate that is poisonous. Afrophobia, you hate your own people, an expression of self-hate.”

She offered words of encouragement to those protesting, saying that the road to making a change is a difficult one.

Her comments come just days after music group Mi Casa shared a post in solidarity with the Black Lives Matter movement, listing people who had died allegedly at the hands of SA police under lockdown.

“These names you see here are not just names, these are people killed by those we've entrusted to protect us. To the leaders of our country — stand, speak up and take action. This cannot continue. We have so much to lose if we break the unity we have so long worked to build!” they wrote in the post.

Recently the world has come to a halt because of a virus. When will it come to a halt because of the brutality, hunger, racism ... - Having a voice comes with responsibility of knowing the power behind that. Although we can't physically do much right now, we can bring things to the light. These names you see here are not just names, these are people killed by those we've entrusted to protect us. To the leaders of our country - stand, speak up and take action. This CANNOT continue. We have so much to lose if we break the unity we have so long worked to build! Human greed is destroying us as a species. Classism is hurting us. The desire for superiority. We are a species that needs some serious introspection. May Love flood the earth 🙏 #BlackLivesMatter

Pearl Thusi returns to social media and the streets are hella excited!

Make way for mama Pantha Pearl Thusi who just made a comeback to social media ... well, sort of!
TshisaLIVE
2 years ago

In February, Pearl expressed that she only found respect as an actress in SA after landing a role in the hit US series 'Quantico'.
TshisaLIVE
2 years ago