Rapulana Seiphemo on leaving 'Tau' behind: He was a part of me 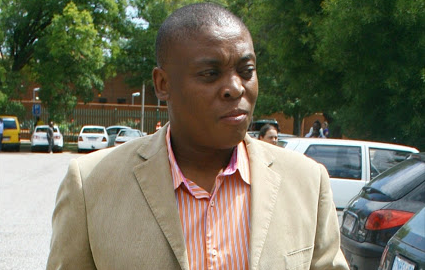 After close to two decades of being known for his role as Tau Mogale on soapie Generations, actor Rapulana Seiphemo is ready to embody a new dynamic character on hit telenovela The Queen.

The veteran actor who played Tau for 18 years is finally parting ways with the soapie as he gears up to channel the role of Hector Sebata, a charming and ambitious high ranking police officer with a side hustle in the drug rage, on the telenovela.

Ecstatic that he'd be reunited with former co-star and co-producer of the show, Connie Ferguson, Rapulana told Drum magazine how he couldn't resist when he was approached.

"Connie is like a sister to me. I respect her hard work and professionalism ... they presented a compelling case that enticed me to consider their proposal. But it was only after several discussions and meetings that I was convinced to join."

However, he expressed sadness that he was saying goodbye to a special role playing Tau.

"I'm not yet done shooting with Generations but will soon start my stint on The Queen. I'm not sure how the grand exit will be, only the writers know, but I'm sure it'll leave jaws on the floor.

Social media was abuzz earlier this month with news that Rapulana would join Menzi Ngubane, aka Sbusiso Dhlomo, on the show

In a statement to TshisaLIVE, director of M-Net Local Entertainment Channels Nomsa Philiso shared the channel's excitement at all the new additions.

“Mzansi Magic’s The Queen continues to entertain viewers with its star-studded cast and unpredictable plots and twists. Packed with suspense and drama, this is local storytelling at its best.”

Fans won't even front! The new cast gives them LIT vibes for 'The Queen' season 5
TshisaLIVE
1 year ago

Zoe Mthiyane’s low point: I called my mom & told her I wanted to move back home

Lesley has asked people to give Rapulana a chance.
TshisaLIVE
4 years ago