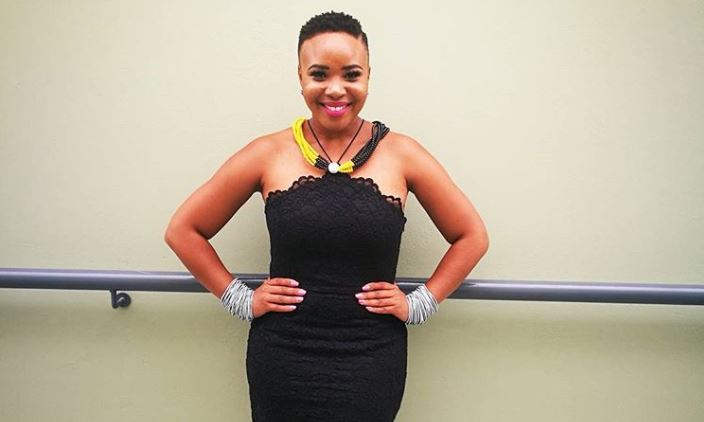 Hulisani Ravele is tired of femicide in the country.
Image: Via Hulisani's Instagram

Radio star Hulisani Ravele and Miss Universe Zozibini Tunzi have both appealed to President Cyril Ramaphosa to address the scourge of femicide in the country, after the gruesome death of Tshegofatso Pule.

Tshegofatso was found hanging from a tree in an open veld in Durban Deep in Roodepoort on Monday, after going missing last week. She was eight months pregnant.

The woman's death sparked outrage and cast the spotlight firmly back on the rate of femicide in the country.

Taking to Twitter, 947 presenter Hulisani penned an open letter to the president, asking him to intervene.

“Mr President Cyril Ramaphosa, the men in our country are not okay. Mentally, spiritually. We are walking & living among demons. Sadly, no hashtag is going to change that. Every new name that is added to the list of women who have died at the hands of men is one name too many,” she wrote.

She added that legal and policing interventions would not be enough if societal ills and mental health issues were not also addressed.

“A woman eight months pregnant, stabbed to death and hung on a tree! Hung on a tree! Makude kuthini? I am not OK. This is not OK! Mr President Cyril Ramaphosa, we are dying, Tata.”

A woman 8 months pregnant, stabbed to death and hung on a tree! Hung on a tree!! Makude kuthini? I am not okay. This is not okay!
Mr president @CyrilRamaphosa we are dying Tata💔😢#TshegofatsoPule

Actress Buhle Samuels wrote a heartbroken post, telling Tshegofatso that her life and that of her unborn child mattered.

“Let us rally around this young woman and fight for justice for her! She was hung on a tree in the most inhuman way! We can’t look away! #JusticeForTshegoPule,” she wrote.

Police spokesperson Capt Kay Makhubela told TimesLIVE that Tshegofatso's body was found with a stab wound to her chest.

“The deceased is also confirmed to be pregnant. Suspects are unknown at the moment but the investigations are under way.”

The deaths of Tshegofatso Pule and Naledi Phangindawo have sparked widespread outrage.
TshisaLIVE
11 months ago

Pule, who was eight months pregnant with her first child when she was brutally killed, is being buried in Meadowlands, Soweto, on Thursday.
News
11 months ago

WATCH | Emotional scenes from Tshegofatso Pule vigil ahead of her funeral

Hundreds lit candles in memory of the murdered mom-to-be.
News
11 months ago