Tumi Morake on speaking out against racism: I was told to decide if I'm a comedian or politician 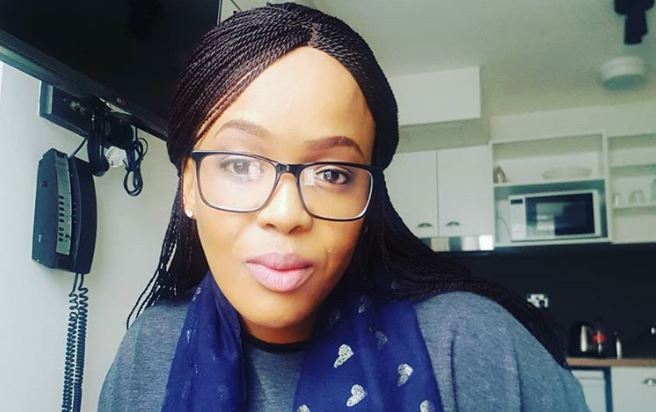 Radio host Tumi Morake has reflected back to a time when she was ridiculed and asked whether she was a comedian or a politician after she called out racism on air.

In 2017, Tumi was labelled a racist and allegedly received death threats after she weighed in on a radio show discussion about Steve Hofmeyr by comparing apartheid to a bully taking a child's bicycle, and then the child being made to share the bicycle.

Tumi also faced a hearing at the Broadcasting Complaints Commission of SA, and was accused of inciting hate speech, which she was cleared of.

Now, three years later, Tumi has revisited the moment and lifted the lid on how she was asked whether she was a comedian or a politician because of her racial views in SA.

“I was once told to decide if I am a comedian or a politician. I’m Black. And a Woman. My very existence is political.”

I was once told to decide if I am a comedian or a politician. I’m Black. And a Woman. My very existence is policital.

Last week Tumi opened up about how she was “triggered” by George Floyd's death due to police brutality in America.

Taking to Twitter, the comedian revealed the  trauma she experiences when racial injustices makes headlines.

“The truth is I am triggered. I know what it’s like to speak up and go through a relentless lynching by the Right and its minions. Race things erupt and I have heart palpitations, type and delete because it was traumatic. But my voice stubbornly clings to my throat.

“At first I think it is trying to stay down then I realise it is trying to claw its way out. The figurative, 'I can’t breath’, coincidentally, also the title of a poem I wrote after the bicycle saga.”

Tumi added that the trauma had such a deep effect on her that she often can’t even craft jokes.

“A lot of days even the funny won’t come. Unyielding, looking me in the eye going ‘F**k you, our deal is we play in spaces of truth and you have become afraid of it. Your comedy hard-on has been reduced to frivolous flaccidity, your heart isn’t pumping blood into it any more’.”

'I’ve had rifles pointed at me, seven months pregnant wondering how threatening I looked'.
TshisaLIVE
1 year ago

Tumi Morake on being stuck in the US due to covid-19: We would rather be home

“However, it’s not all doom and gloom," she said.
TshisaLIVE
1 year ago