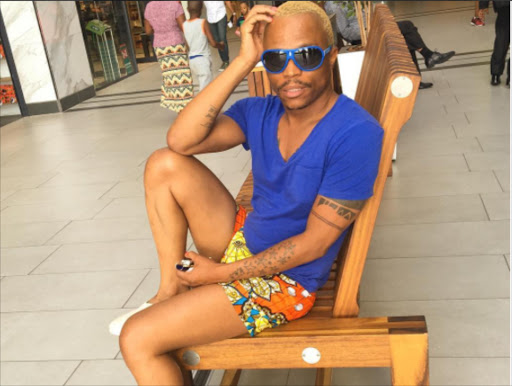 Media personality Somizi Mhlongo's flex levels have peaked at an all-time high after he left the TL in a meltdown with his recent snap.

Somizi, who's known for doing all things BIG, gave tweeps something to talk about on Tuesday after he shared a picture of himself in a Lamborghini Urus.

Taking to Twitter, Mohale's bae shared a snap of himself inside the Italian stallion, hinting  this year was going to be a year of plenty.

Great day on set.....something new and huge is coming 2020 you are truly gonna be plenty pic.twitter.com/zyjLfSQDQr

He also flaunted what seems to be his latest Italian beast, parked a few metres from his German machine, a Mercedes-AMG E 63, and captioned the post “Social distancing”.

According to AutoTrader South Africa, a Lamborghini Urus ranges in price between R3.5m and R5m.

With many knowing Somizi's rags to riches story, they did nothing but stan with the media personality for putting in the hard work.

You really grinding yoo so proud of black excellency ❤❤❤ I admire your work efforts pic.twitter.com/dLJMvw5g9O

Things haven't always looked up for Somizi. Just days ago, he revealed how the 2010 World Cup saved his career.

One who's not shy to talk about his highs and lows, Somizi shared on Instagram how being the choreographer for the World Cup resurrected his spirit and self-esteem.

“Today marks 10 years since the day that made history not only for us South Africans, but Africa. Something that a lot of people don't know is that this day changed my life for the better. It resurrected my spirit, my career and my self-esteem.”

Somizi added he was going through the most until world-renowned composer Lebo M, who was the creative producer for the World Cup, gave him a shot to spearhead the dancing team.

“If you read my book you will remember what I mean by this. Before this day I was counted down and out by some, until this man in the picture with me saw something I had completely buried.

“I had given up on ever choreographing anything when he called me and said, 'Somizi I would like you to be the head choreographer for the Fifa World Cup opening and closing ceremony, and I know you can do it'.”

Somizi jumped at the opportunity.

“Not once did I say that's too big. I said bring it on. I'll forever be grateful for the opportunity to work with the entire team that put together a history-making event.”

Lerato K slams gossipmongers amid claims her split was 'bogus'

While many have complained about gaining weight under lockdown, Somizi is taking it all in his stride and is proud of his little mkhaba
TshisaLIVE
1 year ago