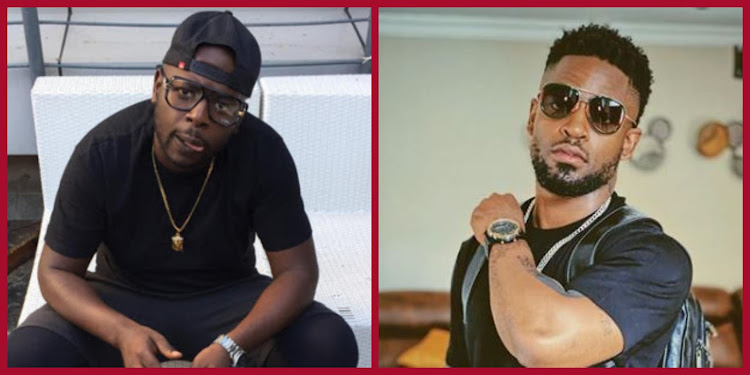 Remember last week when Prince Kaybee had "great album making advice" to share on the TL, and tweeps were convinced  he was actually throwing a sub-tweet at a certain DJ?

Well, tweeps were on to something because DJ Maphorisa came out guns blazing to defend Kabza De Small as he felt Prince Kaybee was taking indirect shoots at him.

Last week Prince Kaybee took to social media to share his thoughts on what makes a great album, saying  great albums offered variety, while taking jabs at albums that sound like "one long song".

Even though Prince didn't specifically name anybody, Phori caught the sub with both hands.

Is this a jab at the amapiano hitmaker?
TshisaLIVE
2 years ago

I hope his not talking about Kabza i pray 🙏🏾 https://t.co/qhjMuVoH1q

Maphorisa went on to sing Kabza's praises, saying the producer had taught him a lot, especially about making amapiano music.

The DJ then went on to take a jab at "Princess" (read Prince) about his "failed" mentor-mentee situation with TNS.

"I (have) proven myself.  I am a real producer, now it's time to give other kids a chance. Princess x TNS was supposed to be holding the game now but eish people are still finding themselves. I said to Kabza 'let's partner '50/50', he said 'Ya let's f**k it up'. Visionary. 26 June Da King is dropping."

Even though both Maphorisa and Kabza have produced other genres of music, the pair have dominated the music charts recently with amapiano. The signature of the sound, as Maphorisa explained, is in the beat, which is consistent in all the different songs.

"Can someone school (these) house heads (the) amapiano rules? I am still a house head though don't get me wrong. Note: We don't Master ipiano. The kick and the drums must be low so  the log drum ishaye.  Kabza taught me this, I didn’t bend the rules. I taught Mas Musiq da same thing."

Basically Phori asked Prince Kaybee's fans, "Is this your king?"
TshisaLIVE
2 years ago

Maphorisa’s Scorpion Kings show could be a purely digital groove.
TshisaLIVE
2 years ago

Who do you think came out on top?
TshisaLIVE
2 years ago