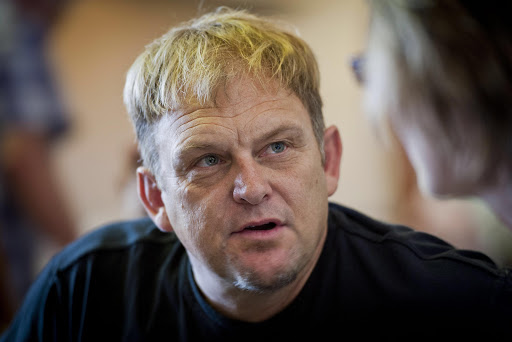 Steve Hofmeyr weighed in on the debate around the removal of historical statues.
Image: Gallo Images / Foto24 / Lisa Hnatowicz

Controversial Afrikaans singer Steve Hofmeyr has once again ruffled feathers after he challenged One South Africa Movement leader Mmusi Maimane about the removal of historical statues.

Several statues depicting slave owners or other historical figures seen to undermine minorities have been removed around the world amid Black Lives Matter protests.

Professor Adam Habib this week posted a lengthy thread on Twitter questioning whether it was a “legitimate response in this historical moment”.

“Statues and monuments are not merely to celebrate historical figures. They could also be constructed to record historical events and ensure we tell the stories of our past. Should we then not reimagine statues and memorials to tell the story from the perspective of victims,” he said.

Mmusi weighed in on this point, writing; “Let us all agree that statues do not teach history. They were constructed to celebrate and venerate certain figures. If those figures do not deserve that status any longer there is no reason to keep them in the public fora. We do not need them to learn stories of our past.”

The politician went on to argue that statues could be “put in the right context for teaching, inside museums where they can be juxtaposed with material on the atrocities committed and the pain inflicted”, and said passion for keeping them in public spaces is “not coming from a place of love”.

Steve took exception to this and challenged Mmusi to outline how he would decide what statues should remain outside of museums.

So, lover if history, which ones will be allowed outside museums?

When one follower posed the same question, suggesting that no statues would survive if the ruling power made the decision, Steve posted a quote from himself speaking on historical context.

“If you dismiss historical context, I won’t consider your argument today as they will be dismissed by someone like you tomorrow, etc,”

They are too shortsighted to answer. This is my answer👇 pic.twitter.com/T976QWFrIc

US President Donald Trump said on Monday that he opposed removing the statue of Theodore Roosevelt outside New York City's Museum of Natural History.
News
2 years ago

While the win sent most of the country in party mode, others slammed the team for not being a true reflection of SA's demographics.
TshisaLIVE
2 years ago

Steve Hofmeyr: I have never been found guilty of racism nor hate speech

The star claims he was contractually obliged to stay on the Afrikaans is Groot lineup.
TshisaLIVE
2 years ago