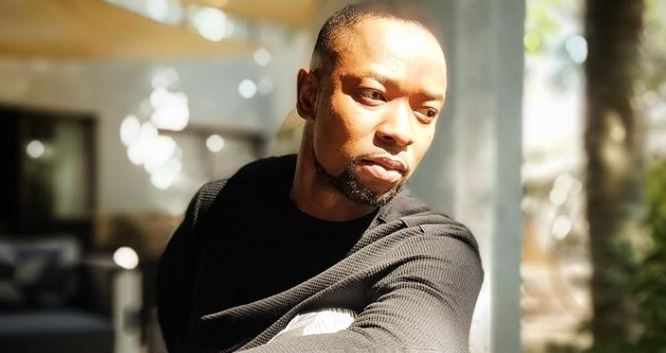 SK Khoza plays the role of Shaka on 'The Queen'.
Image: Via SK Khoza's Instagram

The Queen has been one huge thriller since Shaka made his return from the dead, however fans of the telenovela are beginning to have mixed feelings about his return since he's being “overboard dramatic” and insisting on torturing some of their faves.

Kagiso and Dingane, who were responsible for Shaka's “death”, are now on the receiving end of Shaka's anger and wrath. The guy has been torturing the pair and, by the looks of things, plans on eventually killing them.

While Kagiso may have his mother to protect him, Dingane may be left out in the cold because Brutus is still embracing his miracle. The guy loves Shaka more than anyone and isn't afraid to show it.

Fans were hoping that a resurrected Shaka would come back looking for peace instead of vengeance and they are now afraid that he's going to kill some of their faves as it's become clear that anger has blinded him.

Meanwhile, others are still trying to make sense of the explanation of how he escaped death. There are too many confusing versions!

So where's Skova here? #TheQueenMzansi are taking us for a ride. Dingane told #kagiso that he asked Skova to burn the car. Shaka on the other hand said " he told Skova to spare his life" or the were 2 vans with Shaka. Balance us really quickly. We didn't forget https://t.co/g1U9mJXSgs

So while there's no doubt that fans are happy that SK is back on their screens ... Shaka's current storyline is making some of them wish he had stayed dead.

Isnt Kagiso the unluckiest guy on TV, he got blind, noone was disowned, he has lost his girls, baby, now his family.... Dingane never gets to unite with father. Shaka's return brings mixed feelings. #TheQueenMzansi pic.twitter.com/X9BcgE3Ju6

I think shaka must go back to his grave now😔... I dnt miss him no more 😢... #TheQueenMzansi pic.twitter.com/mRKLU6vzsL

Why is Shaka being dramatic mara it's not like he even died 😂#TheQueenMzanzi #TheQueenMzansi pic.twitter.com/rWrATX0LLe

Am i the only one tired of this Shaka's storyline?? 🙄🙄

#TheQueenMzansi I dont like what Shaka is doing why nimbuyise if hes still killing ppl, supposed to be repent after he faced death mara why.. pic.twitter.com/E9WwCBEW0u

I'm just wondering why Shaka came back. It's like he came back with arrogance and already feeling himself because the public wanted him #TheQueenMzansi pic.twitter.com/X1cO8Y8hCl

#TheQueenMzansi shaka is planning to kill my future boyfriend 🙆.

#TheQueenMzansi they are disowned and wonder what will happen to shaka when brutas and Harriet know about what he is doing #TheQueenMzansi pic.twitter.com/Z3PzlSb4NX

This time Shona Ferguson is the one "balancing" SK Khoza.
TshisaLIVE
2 years ago

"I can’t wait to get back to set and start causing some serious damage."
TshisaLIVE
2 years ago