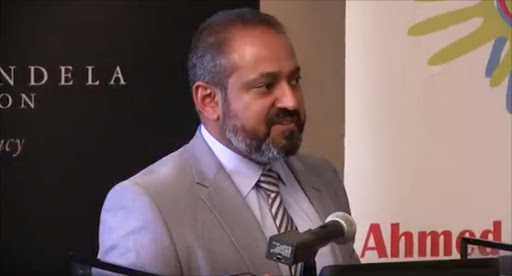 Jack Devnarain has spoken out on behalf of SA actors.
Image: TMG Digital

Actor and chair of the SA Guild of Actors Jack Devnarain has expressed his disappointment over the president's decision to refer the Copyright Amendment Bill and the Performers’ Protection Amendment Bill back to the National Assembly.

In a statement released by the presidency earlier this week, President Cyril Ramaphosa announced he had referred the bills back to the National Assembly, “based on reservations the president has about the legislation being open to constitutional challenge”.

The bills had been referred to the president for assent and signing into law after artists in SA expressed their grievances with the current standard of the industry and its negative affect on their livelihoods.

Ramaphosa's decision to send the bills back to the National Assembly left a sour taste in the mouths of performers in SA, particularly Jack who has been at the forefront of the struggle to change the industry through legislation.

“The politics behind the bills was never a secret. The real secret is how collaborators hid in plain sight, pretending to care about actors 'dying as paupers'. But they quietly blocked actor royalties, transformation and reform,” Jack said in a statement.

Jack went on to share his doubts over the reasons given by the president for essentially rejecting the bills.

“He (the president) says he has concerns it won't pass constitutional muster. This after, the National Assembly & NCOP were satisfied with their constitutionality and ratified them. It's interesting that the president's objections were literally a 'cut & paste' of the opponents' view,” Jack said.

Read the rest of Jack and other actors' thoughts on the president's decision below:

We're really trying to uproot apartheid economics from our sector. Some will fight us every step of the way. Some will scream and shout for transformation, but work against it. It's our duty to know the difference

President Cyril Ramaphosa has declined signing into law two bills that seek to regulate the entertainment industry and provide for the protection of ...
Politics
1 year ago

MPs want to prescribe a deadline by which President Cyril Ramaphosa should enact bills passed by parliament, saying the delays in signing bills into ...
Politics
2 years ago

Florence Masebe on the acting industry: We are worse than 15/20 years ago

“If the industry is not afraid to ill-treat its elite, I shudder to think what the small guy gets treated like.”
TshisaLIVE
2 years ago