WATCH | Kayise Ngqula mourns her husband’s death one year later: I wanted to breathe life into him

Former Our Perfect Wedding presenter Kayise Ngqula has once again opened up about the heartbreak of losing her husband Farai Sibanda, recounting how she begged him to wake up and stay with her.

In commemoration of International Widows' Day on Tuesday, Kayise shared a love letter to her late husband through her new YouTube channel After Dark with Kayise.

The actress lost her husband in a car accident on June 22 last year.

In the love letter, Kayise went down memory lane to a time when she first met Farai at a Pizza restaurant in March 2015, to Valentine’s Day of 2018, when he asked for her hand in marriage, telling her he would like to send his uncles to her home for lobola negotiations.

She also recalled the time she found out she was pregnant and how ecstatic they were that they'd be having a son.

During the emotional episode, Kayise began to lift the lid on the tragic car accident that left both her and her late husband in critical conditions.

With tears in her eyes, Kayise explained how she fell asleep due to the hectic week she had and recalls waking up to the sound of sirens. “It felt like I was in a dream ... I remember feeling so out of touch, it was almost like a bad nightmare ...”

“There was commotion, the doctors, paramedics and anyone who needed to be there to attend to us, it was then that I asked, 'Where are we and what's happened?' I was then informed by the doctors we'd been in a car accident and that we were quite injured ...

“But I looked to my right, my husband was hysterical, fighting off anyone who touched him ... he didn't want to be touched and attended to, he kept screaming my name ... I then told him we're going to be OK.”

After being informed that her husband wasn't doing well, Kayise revealed how she couldn't understand why he couldn't wake up. “I asked him and begged him to wake up ... I needed to hear him talk."

After hearing the news that her husband had passed away, Kayise explained that all she wanted to do was to breathe life into him. 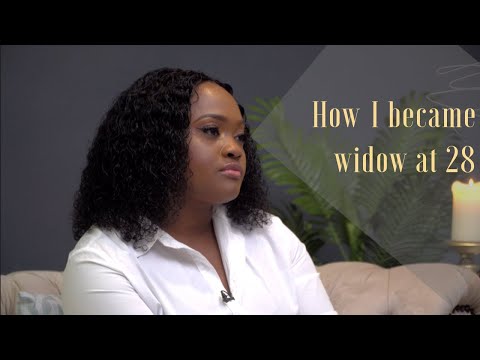 This is not the first time Kayise has spoken out about her loss.

Two months after the accident, Kayise shared a heartfelt video on Instagram of the couple tying the knot at their traditional wedding, surrounded by family and friends.

In the post, she poured her heart out to her husband and promised to preserve their love.

“Nothing was better than us. Nothing could ever be better than us. Ours together still is the greatest success story of my entire existence. I’ll protect it always. Forever and a day, Happy Anniversary my love!” she wrote.