WATCH | Andile Ncube did his Covid-19 test live on Insta and it looked 'eina!'

“Warning! There was some involuntary tearing involved ...” 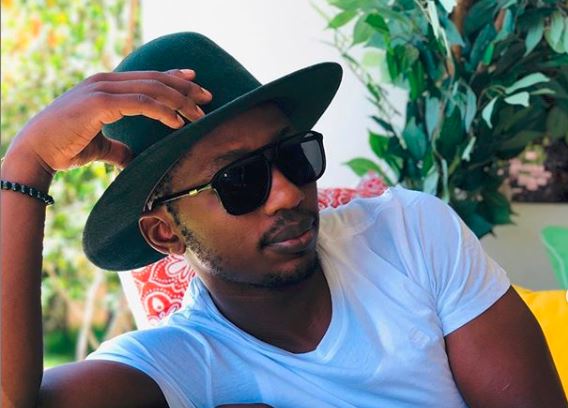 As the world gets settled into the “new normal” of living within a global pandemic, testing for Covid-19 has become a usual activity for many, especially essential workers, and media personality Andile Ncube shared his experience live on Instagram.

Andile recorded his interaction with the medical practitioner, who tested him while he was seated in his car.

He was tested by collecting the sample through his nostrils, which, as many could see, is uncomfortable AF!

“That is horrible,” was all he could say after the test was done.

He also revealed that there had been some “involuntary tearing” during the test.

“You freaked me out, bra. Now I don't wanna go,” actress Gabisile Tshabalala said in the comment section, after watching the test being taken.

“I'm sorry but I don't think I would do this. He literally pushed it all the way inside your nostrils ... and that stick was hella long. It looks very uncomfortable,” another follower said.

“Andizi bra ... I’m more scared of that test than I am of the actual virus,” said another.

Went to get my test done with @kamumedical in Soweto . ⚠️ warning ⚠️ there was some involuntary tearing involved...not crying!!! 😢. . but I was a brave big boi. 🅰️❤️

'Making a profit off an epidemic?' -Andile Ncube grills Takealot over R4,300 box of masks

Retailer responds to say the R4,300 masks have already been removed from site.
TshisaLIVE
1 year ago

It seems like Somizi is not the only celeb spoiling himself with a fancy new ride. Andile Ncube has also added to his garage with a new BMW M4. The ...
TshisaLIVE
4 years ago

My energy was misdirected, says Ayanda Thabethe on failed romance with Andile Ncube

After remaining tight-lipped for the longest time, Ayanda Thabethe has finally opened up about her failed romance with TV personality Andile Ncube, ...
TshisaLIVE
4 years ago