The muso claims they had Will Smith's blessing 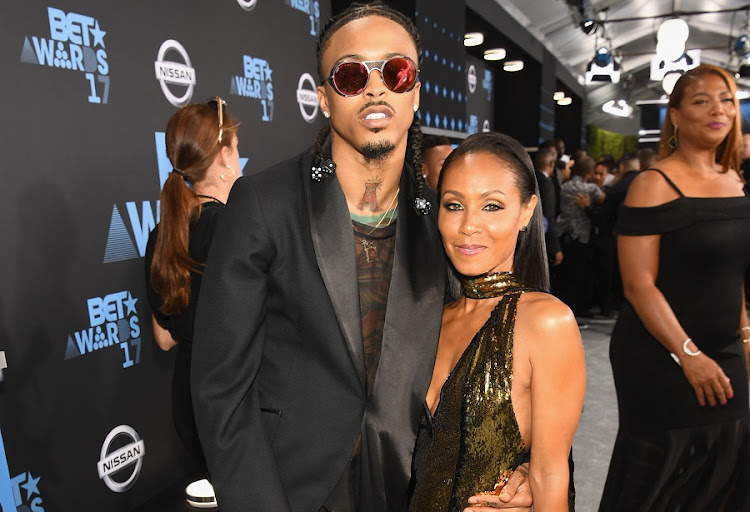 American singer August Alsina had the internet shaken to the core on Wednesday when he confirmed he had an affair with actress Jada Pinkett Smith, claiming he had her husband's blessing.

August dropped the bombshell during a recent interview with The Breakfast Club's Angela Yee.

He claimed to have spoken to superstar Will Smith, Jada's husband, about their relationship.

“I actually sat down with Will and had a conversation due to the transformation of their marriage to life partnership. He gave me his blessing,” he claimed.

August said he gave himself “fully” to the relationship for years.

“I totally gave myself to that relationship for years of my life, and I truly and really, really deeply love and have a ton of love for her. I devoted myself to it, I gave my full self to it — so much so to the point that I can die right now and be okay with knowing that I truly gave myself to somebody,” he said.

He admitted their split “broke him down” and left him paralysed.

Jada addressed rumours that she was in an open marriage, telling HuffPost in 2013 that she had told Will that he could do whatever he wants as long as he can look at himself in the mirror without regret.

“I’ve always told Will: ‘You can do whatever you want as long as you can look at yourself in the mirror and be okay'. Because, at the end of the day, Will is his own man. I’m here as his partner, but he is his own man. He has to decide who he wants to be. That’s not for me to do for him. Or vice versa.”

August's comments had social media users in a tizz, and soon Jada's name topped the local Twitter trends list as Mzansi weighed in on her and Will's relationship.

Check out some reactions below.

Most of y’all are in open relationships and don’t even know it. Leave will & Jada ALONE pic.twitter.com/HhCQ7bqow0

After 20+ years of marriage, I think I’d want what Will & Jada have.

I don’t see the problem. pic.twitter.com/xmxwPeeqjm

That Jada and will love pic.twitter.com/hfXKtvj5dD

What ever August and Jada were doing in the end August got really hurt. Mans catched feelings.💔 https://t.co/JUlFn8aGe9

I’ve also known that Will and Jada are in an open marriage but this. pic.twitter.com/1RagGLHVzz

Did the kids know about Jada and August? pic.twitter.com/I3DFKkHWMD

What ever August and Jada were doing in the end August got really hurt. Mans catched feelings.💔 https://t.co/JUlFn8aGe9

The American actor learnt different parenting lessons from his three children, he revealed in an intimate interview with his wife Jada Pinkett Smith.
Lifestyle
2 years ago

Jada Pinkett-Smith says although she doesn’t like to put potential guests “on blast”, she would love to chat to Megan Markle.
Lifestyle
2 years ago

Ciara's Red Table Talk on love, marriage and fighting for herself

Musician Ciara has opened up about her marriage to Russel Wilson, fighting for herself and motherhood.
Lifestyle
3 years ago