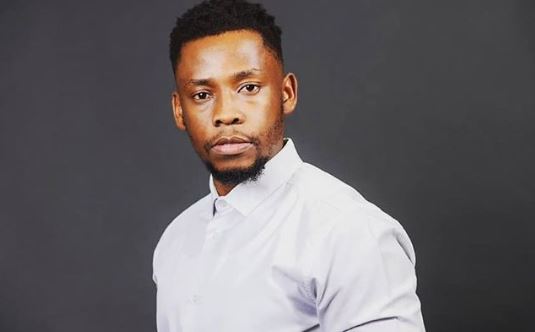 Director and actor Wiseman Mncube wants to follow in the footsteps of his idol Menzi Ngubane and hopes to work with the star in the near future.

The pair both featured in e.tv's drama series Gold Diggers but Wiseman told TshisaLIVE this week that he looks forward to sharing scenes with Menzi on a project soon.

“I see myself working with Menzi because of his acting range, presence and energy. I see myself in him and he is one of the people that I want to work with in the near future”.

The actor believes that their energies work well together.

He described himself as someone who is quiet and sometimes shy, completely different to his character on Uzalo.

In fact, he likes nothing more than to spend his leisure time at home with his daughter.

“Fatherhood to me is a blessing and a good feeling to be a called father. I’m not a role model to my fans only, but also to my daughter.”

He is fiercely protective of her and said that he is hesitant to have her return to school during the Covid-19 pandemic.

'Uzalo’s' Wiseman on challenges of being a single father

"I made a promise that I'll do everything in my power to raise Lwandle in a Godly and responsible way. I don't want her to feel that she has one ...
TshisaLIVE
2 years ago

The full list of winners from this year's South African Film & Television Awards, which were held online due to the outbreak and hosted by Dineo ...
TshisaLIVE
2 years ago