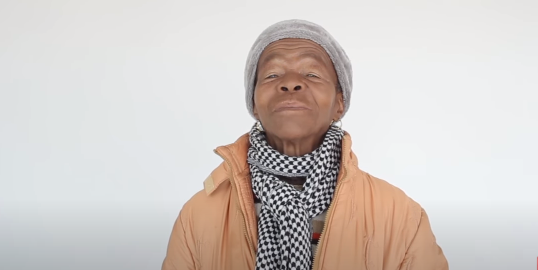 Fans, friends and family of Mary Twala continue to pay tribute to the veteran actress following her death in a Johannesburg hospital on Saturday morning, with many sharing videos of her best moments on screen

The star died at the age of 80 after being in and out of hospital for several months.

Mary captivated audiences of all ages during a career that spanned more than 60 years and saw her star in dozens of films, theatre and TV productions.

Last year she received the Order of Ikhamanga for her contribution to the performing arts.

News of her death sent shock waves across the country and led to a flood of tributes on social media.

Among these were several clips of her on screen, or in studio, that were shared.

Here are just six that warmed our hearts.

HERE I AM SEXY

One of the most widespread was a clip of Mary on the SABC2 series Skwizas.

Mama Mary Twala brought laughter into our homes. She was a whole mood. We will miss her. #RIPMaryTwala pic.twitter.com/BFtSEqyUZ6

She had been struggling with her health for several months, and earlier this year fans saw a frail Mary attend her son Somizi Mhlongo's wedding on his wedding special, Somizi and Mohale: The Union.

In her last project before her death, Mary played a widow named Mantoa in the upcoming film This Is Not a Burial, It's a Resurrection.

In another clip from Skwizas, Ma Mary's character dealt with internet fame.

SHE'S GOT THE MOVES!

Mary broke it down during a radio interview with Lillian Dube in 2018, showing that after all these years she still had the moves like Jagger.

BONUS: SHE IS NOW UNITED WITH HER SWEETHEART

Several fans also reflected on Mary's relationship with her husband, comedian and actor Ndaba Mhlongo, sharing a clip of him performing a skit on TV.

Somizi's parents were pure talent. I wish Mme Mary Twala an amazing reunion with her husband at the other side#RIPMaryTwala🕊️ pic.twitter.com/p5r0ZoTgTo

"I’ve never seen my husband like this. Please pray for us guys. I really need to be strong for him."
TshisaLIVE
2 years ago

"The doctor told her Somizi was on the way and she was so happy. All of a sudden she slipped away."
TshisaLIVE
2 years ago