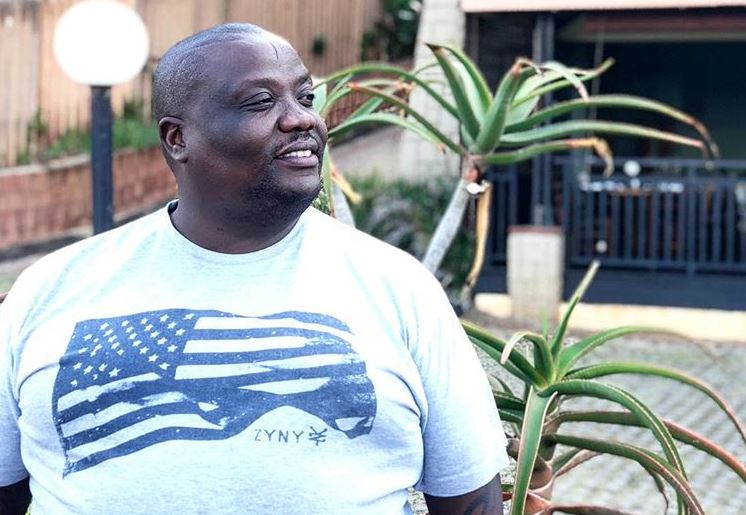 Lvovo has slammed the buying of expensive coffins.
Image: Via L'vovo's Instagram

Musician Lvovo has shared his frustration about the "ridiculous" financial decisions he believes some South Africans are capable of making, like buying a Louis Vuitton coffin.

A picture of a Louis Vuitton coffin made its way to Lvovo's timeline, and he immediately slammed it, saying "stupid" South Africans were most likely to buy it.

"Stupid Africans can really buy this! I don't care what you say, we're the only nation that can do such a stupid thing," he said.

His followers seemed to agree that it was only a matter of time before someone in SA bought the coffin to show off.

Stupid Africans can really buy this! I dont car what u say we're the only nation that can do such a stupid thing https://t.co/R1iGcu7F4O

Families of celebrities in Mzansi top the list of people who go all out for their loved ones where funerals and tombstones are concerned.

Joe Mafela's tombstone comes to mind when many think lavish and expensive tombstones. Joe's flashy "living room" tombstone included a huge flat screen TV and a couch.  The legendary actor died after being involved in a car accident in 2017.

Former Generations actor Mandla Hlatswayo died a hero and when he was laid to rest, his tombstone embodied that. The actor was shot and killed outside a pub in Pimville after he tried to help two women who were being robbed by two armed men.

Mandla was given his very own DJ set which weighed 400kg, took a team of people three days to manufacture and cost R70,000.

Remembering the departed with extravagant tombstones

This year saw the rise of the extravagant tombstone trend, which took the statement "going out with a bang" to a whole new level.
TshisaLIVE
4 years ago

While Lvovo was expressing his thoughts about the LV coffin, he saw a tweet saying that Takealot sells coffins, and the musician isn't convinced that will end well.

Business Insider reports that people in Mzansi can now get a coffin, on sale, for R4,899 (usual price R5,500) from South Africa's largest online retailer, Takealot. However, while delivery is free, the product is "non-returnable".

The Bayang'sukela hitmaker thinks people will use the opportunity to prank others.

Someone is gonna order this to someone's house! Watch! https://t.co/7s1Pk4mT8P

"I’m still confused as to why they couldn’t let the man get dressed! Would that have killed something in them?! Would this have messed with their ...
TshisaLIVE
1 year ago

"We are 'just entertainers'. What are we gonna do with money? We must just pop up and sing and dance. Awu izinja madoda."
TshisaLIVE
1 year ago

"Our people must get jobs before we start thinking of visitors. I'm for everyone kodwa South Africans must come first in everything!"
TshisaLIVE
1 year ago

Lvovo Derrango: 'Don't drink with friends who make you the ice boy'