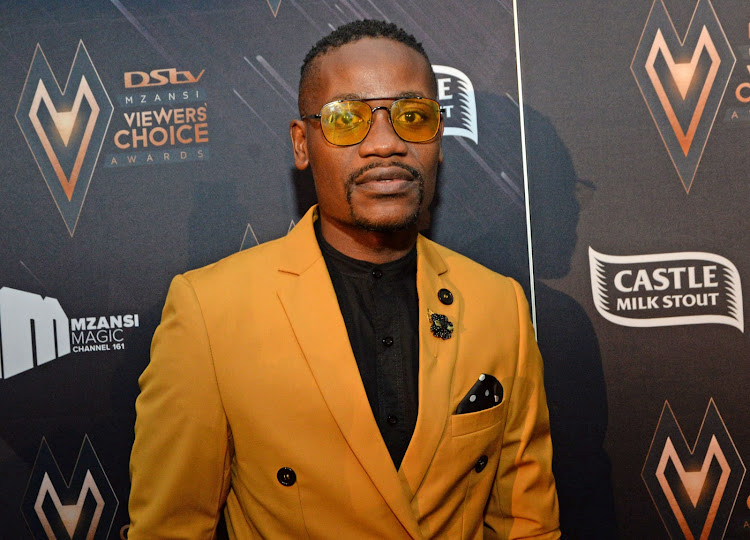 Skeem Saam actor Clement Maosa had all “bo ngwana koko” in their feels recently when he penned a heartfelt note thanking his grandmother for making him the man he is today.

Clement, who has previously opened up about losing his parents as a young boy, took to his Instagram to thank the woman who stepped in to play every role he needed to become a valuable member of society.

“When my parents left this world, my grandmother took my siblings and I in and with nothing but unconditional love we survived. I even graduated Bachelor of Laws at University of Limpopo because nothing could stop a willing and resilient spirit.

“I know most successful people who have been raised by their gogo and today they’ve built wealth from nothing,” Clement said.

The actor has used his platform to motivate young people since he got his fame as Kwaito from the popular SABC1 soapie. He explained that he penned the note to remind his followers that their parents and grandparents often have to sacrifice a great deal for their benefit.

Clement said he wanted to remind them to always give these people the credit due to them.

“This is just to inspire an African child to never give up but also to appreciate our grandparents/parents who sacrifice a lot for us to get educated and have a brighter future. I now know no impossibility because I broke down so many barriers and defied the odds. I know and appreciate who I am and where I come from because where I’m going is inspired by where I am from.”

All the “grandma's children” gathered in Clement's mentions to express their gratitude to their own grannies and to the actor's grandmother for what she has done for him.

“Your story is so inspiring, I salute you. I am a product of ugogo wami as well, the love and sacrifice is unmatched. Salute to your granny as well for raising you the way she did, look at you changing the world,” Brenda Mtambo said.

S/o to all the grannies whose unconditional love raised children who grow up to inspire people worldwide!

Clement Maosa on living without parents: 'I pray Covid-19 won't separate us from loved ones'

"The pain is unbearable and almost impossible to overcome."
TshisaLIVE
2 years ago

'Skeem Saam’s' Clement Maosa on being a dad: It’s a blessing that changed our lives forever

"Today three months ago a King was born, a blessing that changed our lives for good"
TshisaLIVE
2 years ago

Clement Maosa: My cry is for my family, who are told to wash their hands, but have no water

How can you wash your hands with no water?
TshisaLIVE
2 years ago

Clement Maosa and his bae welcome a baby boy

This snap of Clement holding his son's hand is getting us broddy AF!
TshisaLIVE
2 years ago