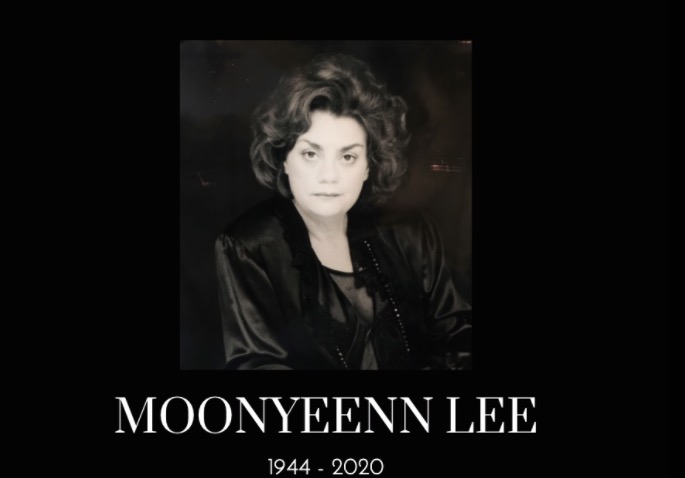 Tributes from actors and fans of iconic casting director Moonyeenn Lee have been pouring in since the news of her death.

Moonyeenn died on Saturday, at the age of 76, due to Covid-19 complications.

Her company, Moonyeenn Lee Associates, announced the news via a statement on Facebook on Sunday, saying: “It is with great sadness that we announce the death of the legendary South African casting director and agent, Moonyeenn Lee.”

Moonyeenn, who spent 47 years in the film industry, managed the casting of the Oscar-winning film Tsotsi, and many others, including The Bang Bang Club, Disgrace, Fanie Fourie’s Lobola, the Oscar-nominated Mandela: Long Walk To Freedom, Hotel Rwanda and Blood Diamond.

She received the Lionel Ngakane Lifetime Achievement Award from the SA Film & Television Awards in 2017.

“Moonyeenn helped shape the lives of many actors, directors and writers through her fierce honesty and passion. The South African film industry has lost an icon and a formidable champion of the arts. She will be sorely missed by us all,” read the statement.

“My four-decade association with Moonyeenn started with my first film and endured through the years to include major productions like Mandela: Long Walk To Freedom, The First Grader and Shepards and Butchers, on which she was casting director,” said Singh.

“Moonyeenn was, without doubt, a doyen of the industry who was responsible for making stars of many talented South African actors. Her passing is a huge loss to the industry. There will never be anyone like her. My sincere condolences go to her family and friends.”

Many, including veteran actor John Kani, took to social media to express sadness and pay their tributes.

Here is what they said:

My agent, my friend, my sister passed away last night. RIP Moonyeenn Lee. I truly have no words to express grief. Thank you for everything. Elder 🙏🏿💝⭐️⭐️⭐️⭐️⭐️

My first ever meeting with Moonyeen:Id emailed her asking to meet,she agreed,i walked into her office,sat down & she said “glad you finally came to your senses, i’m the only one who knows what to do with ur career!..behind her was a sign that read “Queen of Fucken Everything “!💔

My Dearest Moon,
Your passing has left me absolutely devastated. Nothing in the world could have prepared me for this loss. Thank you for the love, wisdom and guidance; For being a mother figure and a friend for almost two decades. May your soul rest in perfect peace. ❤️ pic.twitter.com/Sp2Pqhf1gm

RIP Moonyeenn Lee.
She was so special to many of my friends that she represented & worked with: half Fairy godmother, half Drill sergeant. Demanding the same excellence that she delivered will remain a standard to live by 🙏🏾😇

Moonyeenn Lee played a significant role in South Africa's performing arts. She was deeply critical of performer training in SA, & more specifically Wits. She challenged, guided, & ultimately supported with Gina, @JohnKani2, Gys and others directing. What a passion for theatre! pic.twitter.com/PlYqDKm4At

We have lost our beloved Moonyeenn Lee. Moon had an extraordinary eye for pure emotional truth. She cast my first short, The Storekeeper, Tsotsi and Eye in the Sky. How can I thank you enough Moon? I will miss you so very much. Rest well my precious courageous friend. #moonyeenn https://t.co/XJ9CsphRFN

Another of South Africa’s brightest lights extinguished like a candle in the wind by #COVID19. Heartfelt condolences to the friends, family, colleagues and fans of Moonyeenn Lee #RIPMoonyeenLee pic.twitter.com/Thoo0Dig2N

Damn. I worked with Moonyeenn Lee a lot between 2006 & 2009. She was so kind to me and was always open and willing to mentor me as a young woman in the industry. What a powerhouse!! Rest in Power Moonyeen Lee 🙌🏽 pic.twitter.com/ExrxVc3imM

Signed me at 17 after seeing my performance, when I moved to jhb MLA was my first agency. Thank you for believing in me Moonyeenn Lee 🙏🏽❤️ #RIP pic.twitter.com/xAWEz1QyUE

RIP Moon.
Moonyeenn Lee, my Joburg agent and pioneer of the film scene in SA. Launched many an actor's career and respected the craft like no other. You will be missed!! pic.twitter.com/ghjLS0Xzp8

Moonyeenn Lee was a cigar smoking powerhouse of a woman. She played by her own rules. Thank you for your life and your help along the way. Rest in perfect peace and power.

SA casting director and agent Moonyeenn Lee has died in Johannesburg due to complications caused by the coronavirus, her company announced on Sunday.
News
1 year ago

We often honour our icons only after they’re gone. So what better than a night filled with song, dance and waxing lyrical to celebrate a still ...
Lifestyle
1 year ago