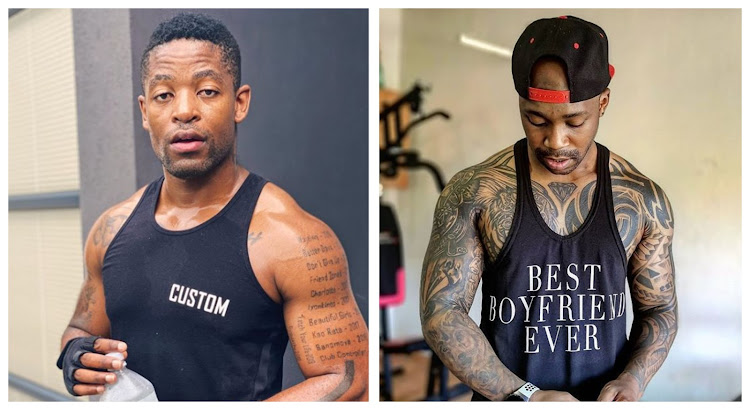 Twitter is convinced there's no-one left in the music industry who hasn't sparked a feud with Prince Kaybee  after he and musician Anga "Naak MusiQ" Makubalo went blow-by-blow into a heated twar this week.

It all began when Anga posted a snap of himself next to his car, challenging his followers to bring a rival car to try compete.

That's all it took for Prince Kaybee to make the tweet all about him, his car and being prone to being dragged on Twitter. He claimed people would probably not drag Anga the way he would have been  had he tweeted the same thing.

Anga didn't take kindly to the comparison and made it a point to put Prince Kaybee back in his lane,  telling him he's been in the game longer and he wasn't bragging, unlike him.

Prince came back with a meme-packed tweet apologising, and said he had been dragged into the conversation.

“I was just responding to many of the tweeps in your status because of the many tags I got, like you have done several times on my posts. I did not think it's a problem. I apologise,” Prince said.

Kaybee's response only served to annoy Anga, who told Prince to stop behaving like a “toffee”.

Prince Kaybee pulled a “Pusha-T” and got personal with below-the-belt jabs.

Responding to a picture of toffees, Kaybee said there were more sweets in the picture than Anga had awards.

Here’s one more: In this picture there’s 1..2..3..4........, nooo wait the Toffees are more than the awards you’ve won with both your acting career and music career combined.

This is a typical story. You realized your worth before everyone else did. Which lead to you always trying to prove your worth when you got the platform. Huge insecurity. uWeak kwekwe kwaye uzi misele ukuy'exposa lonto. ithi Dyan xa undibiza. Mandiy'bambe Apho. Goodnightini... https://t.co/BmNaghUBrR

Mzansi wondered why Prince Kaybee would want to do that for Master KG?
TshisaLIVE
10 months ago

'This beef is getting boring now' - Mzansi to Maphorisa & Prince Kaybee

Dear Prince and Phori: Do y'all think you could just focus on the music and keep it moving?
TshisaLIVE
11 months ago

Can you believe someone told Naak Musiq he 'can't' sing?

Imagine if Naak Musiq actually listened to the naysayers. Jiso! We would not have AmaBenjamin or Ntombi!
TshisaLIVE
2 years ago

Cassper and AKA to perform together for a good cause!

Okay, so it's not a reunion or collabo. but hey, it's for a good cause.
TshisaLIVE
2 years ago