Candy Tsa Mandebele fuming after being 'killed' off on Twitter

“She didn't immediately delete the post after they told her she's wrong and she hasn't even reached out to me to apologise. That's disrespectful!” Candy said. 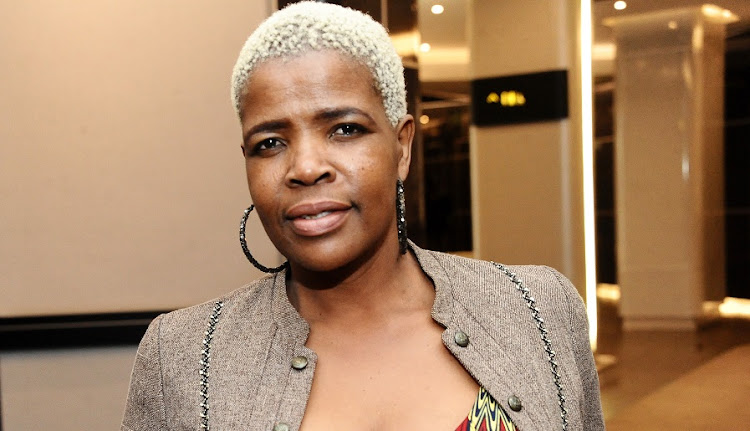 A Twitter moemish by singer and actress Tumi Masemola has infuriated Candy Tsa Mandebele, who has come out to confirm that she's still alive and kicking.

Tumi got Candy trending on Tuesday, after she mistakenly confused the singer with late veteran actress Candy Moloi.

What was meant as a heartfelt tribute to all the strong female stars and prominent figures who died recently, including Candy Moloi, Mary Twala, Moonyeenn Lee and Zindzi Mandela, took a wrong turn when Tumi attached the wrong picture.

Instead of posting Candy Moloi, of Muvhango fame, she posted Candy Tsa Mandebele.

Candy Mandebele had to set the record straight.

“I'm still here, well and alive guys,” she said on her Instagram.

Speaking to TshisaLIVE, Candy said the death post left her stressed out and even threatened her health as a person living with diabetes.

The star added that she wants a personal apology for the strain the “Twitter death” put on her health.

“She didn't immediately delete the post after they told her she's wrong and she hasn't even reached out to me to apologise. That's disrespectful!

“I could tell you how many calls I have received from family and loved ones and text from people who were really confused and thought I had died ... there were so many of them.

“I was already emotional by Mama Candy's death, she was a friend and mentor to me and I loved her like my own sister. The stress that girl added really left me feeling physically sick, my blood pressure went up,” she said.

“My sincere apologies for my grave error. I am completely embarrassed and wish I could dig a hole. Le ntshwareleng (forgive me) for posting incorrect image. Candy Tsa Mandebele is very much alive,” Tumi said hours after posting the picture.

My sincere apologies for my grave error. I am completely embarrassed and wish I could dig a hole. Le ntshwareleng for posting incorrect image. CandyTsamaNdebele is very much alive. 🙏🏾

"I have been making hit after hit since I broke into this industry.”
TshisaLIVE
1 year ago

Candy Tsa Mandebele's Covid-19 struggle: My 92-year-old mom has to send me R600 to live on

"I don't want anyone to hear that the bank came for my house and I am broke. I was not broke - I just wasn't working. Not by chance, but because of ...
TshisaLIVE
1 year ago