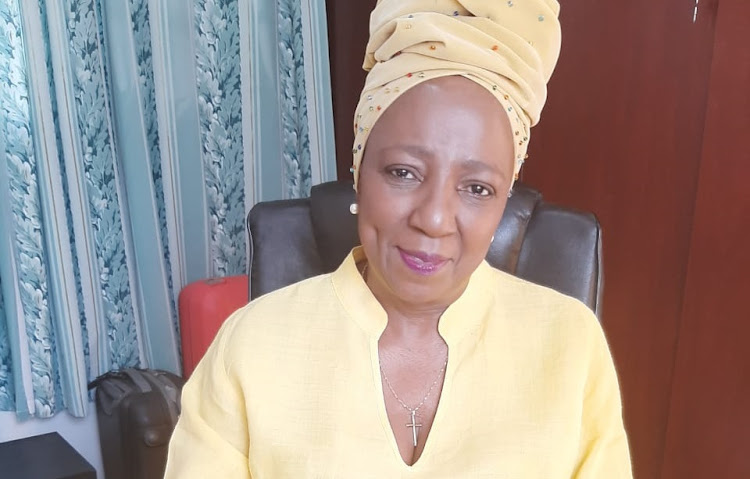 Marah Louw has joined the chorus of tributes to her close friend Candy Moloi, after the actress's death this week.

Candy died in a Pretoria hospital on Tuesday after a long battle with cancer. She was 67.

Family spokesperson Nthabiseng Moloi told TshisaLIVE that they were all devastated by her death and said “she meant everything” to them.

As fans paid tributes to the star, best known for her role as Vho-Makhadzi on the SABC2 soapie Muvhango, Marah told TshisaLIVE that she was heartbroken by her friend's death.

“She was such a wonderful and warm person. We became close friends and would have lunch together, but we lost contact a few years ago. I was so sad and it was only yesterday that I learnt she had gone off radar because she was sick. That made me so sad.”

She said that in the heartache, it was comforting to know that her friend was now no longer in pain.

“As Lilian (Dube) said to me, 'Marah it was God’s will that she is now resting because she was really in pain and not in a good space'.”

Candy and Marah first met on the set of Muvhango, where they worked together for more than 10 years.

“I have such a great working relationship with her, she was so professional, focused and hard working.”

Marah remembered how the pair would often joke around on set, attracting glances from their co-stars and director.

“They would get angry with us, but we were just having fun and would always know our lines. So we didn’t care”

She said the industry would be poorer without Candy, who inspired and created opportunities for the generations after her.

“My deepest condolences to her family. We have lost a great actress and we will always miss her.”

'She has joined her sweetheart': Marah Louw pays tribute to Mary Twala

"Mary has never disappointed or been an embarrassment to the nation. She is my superstar."
TshisaLIVE
1 year ago