“The friend that convinced me to come tour America, let me sleep on his couch, and forced me to try tacos.” 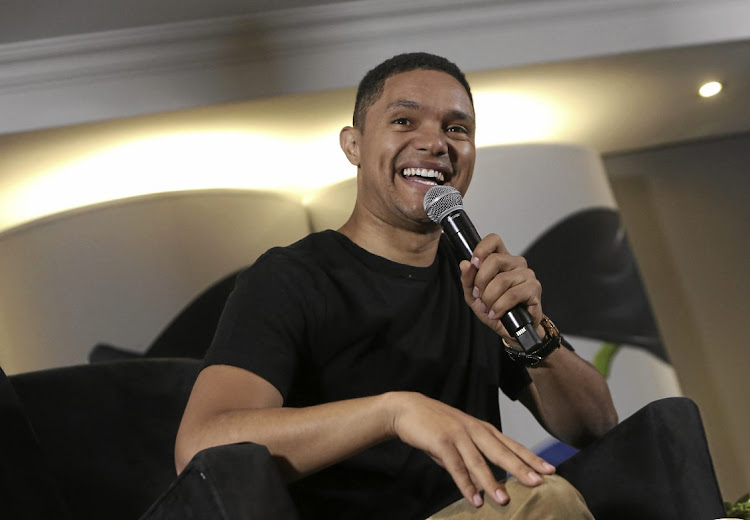 Trevor Noah thanks close friend for supporting him through the years.
Image: Alaister Russell

SA comedian Trevor Noah has penned a heartfelt note to his friend and colleague David Paul Meyer, thanking him for all he has done for him and his career in America.

Trevor and his team scored an impressive six nominations at this year's prestigious Emmy Awards for his late night show, The Daily Show with Trevor Noah. Among the nods, were one for David for his directing skills.

While he got a lot of the praise, Trevor wanted to shift the spotlight to his friend David, who has been with him through the “thick and thin” in his career.

If you've watched Trevor's stand-up shows then you know David as the guy who went ballistic when he found out Trevor had never eaten Mexican food before, particularly tacos!

“Just taking a quick moment to brag about a friend. The friend that convinced me to come tour America, let me sleep on his couch, and forced me to try tacos.”

Trevor went on to congratulate David, and give him his flowers while he can still smell them.

“This friend not only directed my stand-up specials, but came along to work with The Daily Show. Now, this same friend received his first Emmy nomination for 'Outstanding Directing for a Variety Series'. The Television Academy couldn’t have acknowledged a better person! Congrats buddy!” Trevor said.

Check out the friends throughout the years in the young slide show below:

“Tired and scruffy but blessed and fulfilled. Truly incredible to see The Daily Show team nominated for six Emmys this year! Is this even real life? Thank you the Television Academy for the honour!”

The star won a Best Short Form Variety Series Emmy in 2017 for his The Daily Show segment Between the Scenes.

The nominees were announced on Tuesday evening, with Trevor credited for his writing and hosting on 'The Daily Show'.
TshisaLIVE
1 year ago

"I feel like someone who cares about him needs to take his microphone away. Although ironically, the best person for that job is Kanye,” Trevor said.
TshisaLIVE
1 year ago

Trevor is nominated for the prestigious Wilde Wit award, which honours a performer, writer or commentator whose observations "both challenge and ...
TshisaLIVE
1 year ago