Rethabile Khumalo speaks out about song mishap with Prince Kaybee

That 'Isivunguvungu' song mess has been cleared up and the song is on the way! 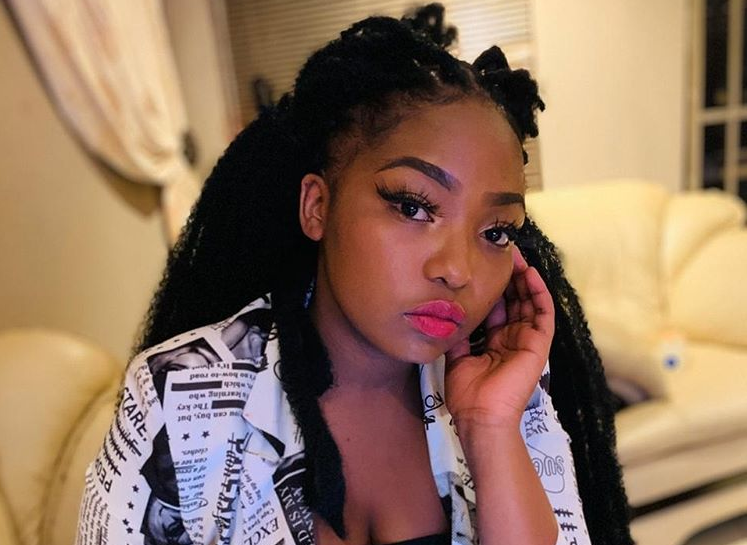 Excitement over Rethabile Khumalo's latest collaboration with Prince Kaybee was stopped in its tracks this week when another, relatively unknown producer claimed that Rethabile had written the same song for him.

Rethabile has come out to set the record straight, speaking to TshisaLIVE about the mishap.

It all started when, in his excitement, Prince Kaybee shared a snippet of an unreleased song he and Rethabile, who is Winnie Khumalo's daughter, had created.

The song was recorded for Kaybee's upcoming album and had the working title Isivunguvungu.

He claimed that the song was originally his and was therefore "stolen" by Kaybee and Rethabile.

Speaking to TshisaLIVE Rethabile cleared the air, explaining that she had recorded vocals on DJ Trumpet's beat but the collab fell apart and she took the vocals to Kaybee's song.

"The thing is as an artist you work on music over a long period of time and sometimes it doesn't work out with a certain producer or vocalist. That is kind of what happened here, myself and that producer (Trumpet) came together to work on a song. He had his beats and I came with the lyrics and the vocals but then it didn't work out.

"So he took his beats to work with someone and I didn't have a problem ... because they belong to him. But now that I have grown as an artist and I'm working with big brands such as Prince Kaybee, he's trying to drag my name," she said.

She reassured her fans that the song would go ahead as planned.

"The good news is that Kaybee and I, we're good now, and the song is still on track for release."

Rethabile, who is still riding the wave of her hit song Umlilo, explained that the new song will be coming out soon, on both hers and Prince Kaybee's album.

"I've been hustling to get here in my career for a long time. From my days of trying to be an Idol to going to competitions like The Voice, I have been working hard for a moment in my career such as this and I won't allow anyone to stop my shine.

"The song will be released and people are going to love it! My album is also ready just waiting for the right time to drop it."

This twar was messy AF!
TshisaLIVE
2 years ago

Mzansi wondered why Prince Kaybee would want to do that for Master KG?
TshisaLIVE
2 years ago

'Umlilo' vocalist Rethabile Khumalo recovering after car accident: My face is bruised but I will be fine

"I am out of hospital and I'll be fine."
TshisaLIVE
2 years ago

The track is set to drop soon.
TshisaLIVE
3 years ago