But SA had his back! 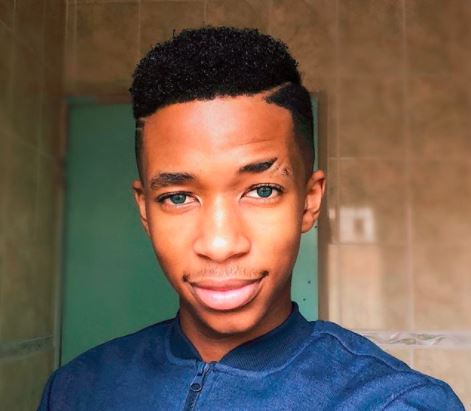 Vlogger Lasizwe showed his support for #ZimLivesMatter.
Image: Via Instagram

Reality TV star Lasizwe was left heartbroken when his support for the #ZimbabweansLivesMatter was met with hostile and homophobic comments.

South African celebrities have joined the masses in standing in solidarity with Zimbabweans, amid reports that anti-corruption protestors had been arrested and dissenting voices crushed in the country.

However, Lasizwe's pledge of support was met with unexpected reactions from some homophobic users that left him hurt.

The homophobic responses broke Lasizwe, who said that it reminded him that the LGBTQI+ community still has a long way to go before they are accepted on the continent.

"The homophobia I am currently experiencing from my fellow African brothers and sisters is heartbreaking! We still have a long way to go for the LGBTQI+ community to be free in Africa!" he said.

The homophobia I am currently experiencing from my fellow african brothers and sisters is heart breaking! We still have a long way to go for the LGBTQI community to be free in Africa!

Lasizwe's tweet got more than 300 comments as other tweeps in support of #ZimbabweanLivesMatter made sure to mention that the few homophobic tweets were not a general reflection of how Zimbabweans feel about homosexual people.

Some claimed that it could be people that are against the movement trying to sabotage them.

Zimbabwean residents have been marching and protesting in several cities since July 31 2020. Businesses were shut and streets deserted as security forces patrolled to prevent anti-government protests called by activists over corruption and economic hardship. Here's what we know so far about #ZimbabweanLivesMatter.

No troll formed against Khanyi Mbau shall prosper.
TshisaLIVE
2 years ago

Lasizwe opens up: I feel like I’m in a dark hole

‘I feel like I’m in a dark hole. I keep tapping into depression-like moments’
TshisaLIVE
2 years ago

Rapper AKA has vented his frustration about the alleged crackdown on anti-corruption protests in Zimbabwe, adding that too many South Africans are ...
TshisaLIVE
2 years ago

"Anyone dying because of government abusing its power is unacceptable," Pearl said.
TshisaLIVE
2 years ago