IN MEMES | 'Gomora' fans happy Langa was finally put in his place! 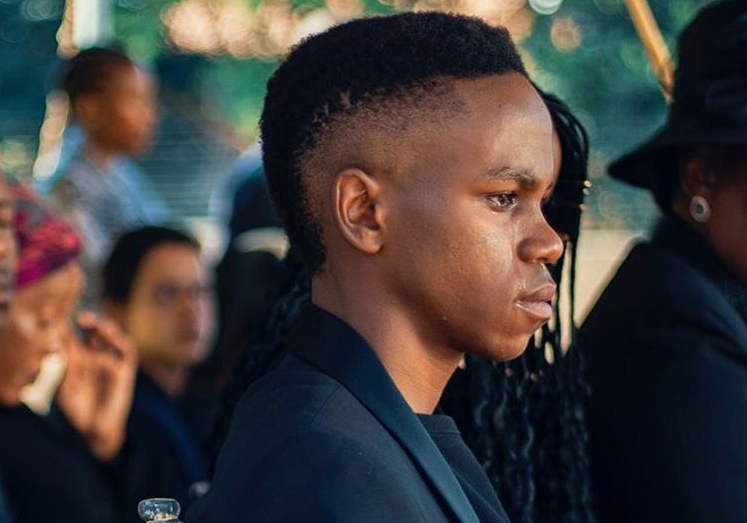 Gomora viewers have been shocked to watch how the debate competition revealed Langa's unattractive true colours, but on Wednesday when Langa got his L handed to him by Ntokozo in the debate match, there was a celebration on the TL.

Viewers were glad that someone finally knocked Langa off his high horse. Since winning his first debate, Langa has been acting like an arrogant jerk to everyone and flaunting his “Sandton twang” in the faces of his fellow Gomora High pupils.

Langa revealed that in addition to thinking he's superior to his fellow pupils based solely on that he grew up in Sandton and went to a school in the burbs in his previous life, he thought he was untouchable when it came to the skill of debating. He dragged everyone all the time and rubbed his win - and privilege - in their faces.

That is why when they debated the motion, “Did Mandela and his ANC sell out black South Africans?” and Ntokozo presented a better argument that Langa, fans were over the moon.

The look on Langa's face when he realised he was losing, was priceless for viewers and they loved every moment of watching him accept defeat.

Check out some of the memes below.

Langa my man, what happened? I thought you said you got this😂😂💀 #GomoraMzanzi #gomoramzansi #Gomora pic.twitter.com/ywxA9STWbc

Langa, this is what you get when you play with the big dogs. You kept poking and poking Ntokozo, how did that end up.? 😂😂#gomoramzansi #Gomora #GomoraMzanzi pic.twitter.com/Azg9SU0wcm

How did Langa lose? He was beaten, where the Langa don't shine. The classroom #gomoramzansi pic.twitter.com/oPQvGwe3fw

Langa is a symbol of evils of ambition!

Langa is representation of people who want it at all costs!

Langa is showing us people who can do everything to have it!

Langa is mimicking the "go getters" in the hood!#Gomora#GomoraMzanzi#gomoramzansi pic.twitter.com/QJS6aIXGy0

The problem started when Langa thought he won before even debating 😂😂#gomoramzansi #Gomora #GomoraMzanzi pic.twitter.com/kJMxuLIlIR

IN MEMES | 'Gomora' fans want to know what game Buhle is playing!

Fans are afraid the Teddy, Buhle and Ntokozo "love" triangle will end in tears for Teddy.
TshisaLIVE
1 year ago

"Thank you to everyone who prayed and dm’d me," she said.
TshisaLIVE
1 year ago

IN MEMES | Can anyone decipher what Mohato of 'Gomora' is saying vele?

Thank goodness for subtitles because Mohato's lingo is one of a kind!
TshisaLIVE
1 year ago

LISTEN | Zolisa Xaluva on toxic parenting: Don’t let your pain reflect in the way you raise your child

Zolisa dishes on playing Melusi on 'Gomora'.
TshisaLIVE
1 year ago